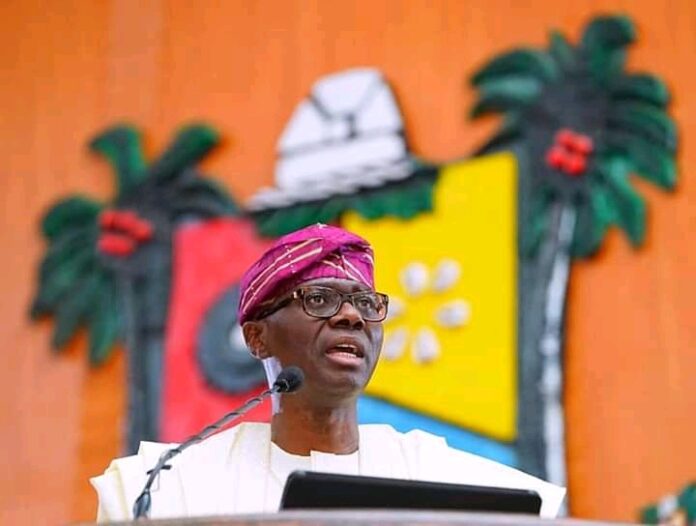 A socio-cultural movement, Lagos Advocacy Group (LAG) has lamented the decades-long non-inclusion of Lagos indigenes in the governance and political process of Lagos State.

LAG was recently birthed from an emergency meeting held via Zoom, the online video conferencing app on November 16, which was attended by a number of Lagos indigenes as an aftermath of the #EndSARS protests that saw the wanton destruction of both public and private properties across the Federation, with Lagos the most hit.

Speaking at a press conference held during the week in Lagos, the Convener, Mr. Yakubu Arowoshola Eleto Esq said, “There seems to be a deliberate non-inclusiveness of notable and particularly independent-minded indigenes in the governance of our State. We must make it clear that indigenes of Lagos State are not carried along in the governance of their state.

“Arsonists were looting our communities without any resistance from the community residents. This shows clearly that the government in place has not carried along the indigenes in the community. The indigenes of Lagos State have been displaced, their culture eroded, the traditions of Lagos state have also been relegated to the background by successive State governments and the spirit of Lagos as it were, is nowhere to be found.”

Arowoshola Eleto also announced that the group had filed a lawsuit at the Federal High Court, Lagos State On the 19th of October, 2020 with SUIT NO: FHC/L/CS/1465/2020; Between Barrister Yakubu Eleto & 6Ors Vs. The Federal Character Commission & 18 others asking the court for, among other reliefs against the federal and state governments over, what it described as a “conscious marginalization and alienation of indigenes of Lagos State from participating in the government of the Federation and government of their State respectively.”

He said the group hoped that the court would grant its prayers in order to put an end to the conscious action of people who have hijacked the government of Lagos State to subdue, marginalize and alienate the indigenes of Lagos State.

He said, “To borrow the statement of H.E. Governor Oyetola of Osun State, “It is not fair and it is criminal for non-indigenes to take the slots of Osun when it comes to distribution of positions. We agree with him and wonder why the same is not applicable in Lagos State?

“Permit me to make few examples. During the time of Asiwaju Bola Tinubu as Governor of Lagos State, Alhaji Lai Muhammed from Kwara State was made his Chief of Staff, Mr. Rauf Aregbeshola from Osun State was made a Commissioner for Works and later became Governor in Osun State, Mr Fela Arthur-Worry from Delta state was also a Commissioner for lands, Mr Femi Lanlehin from Oyo state as Special Adviser, Senator Opeyemi Bamidele from Ekiti State as Special Adviser and later Commissioner in Lagos State. He later contested and won as Senator in Ekiti state.

On behalf of the group, Engineer Bolaji Olayemi also reeled out names of no less than 15 elected officials in Lagos State who are non-indigenes, saying such cannot be tolerated in other states of the country.

According to him, “The worst of it is that 70% of elected officials in the state are non-indigenes making it difficult for indigenes to have a place in their political space. Imagine, even the three senators representing Lagos State are NOT Indigenes of Lagos State; Senator Solomon Adeola Olamilekan (Yayi), Senator Oluremi Tinubu, late Senator Bayo Osinowo.

“What we Lagosians are tolerating is intolerable in all other parts of the country e.g. Kano state, when in 2004 Mr. Hon. Justice Patrick Mahmud was denied nomination to the Court of Appeal on the grounds that he is not an indigene of Kano State. The same thing occurred in Imo and Abia States in 2011, when Abia State Government was carved out of Imo state asked all officers of non-origin in their public sector to resign and leave the state. The same is also happening now in Cross River State where the Governor of Cross River is denying the most senior Judge appointment as the substantive Chief Judge of the State based on the fact that he is not an indigene of their State.”

The IBILE presented a five-point demand, central of which is the end of marginalization, alienation and oppression of indigenes of Lagos State in governance and politics, while enjoining the federal and state governments to follow the Federal Character law in relation to appointment into public offices.

“We call on senior indigenes in Lagos State not to isolate us in this fight for the rescue of the soul of Lagos State from the claws of the lion,” the advocacy group said.