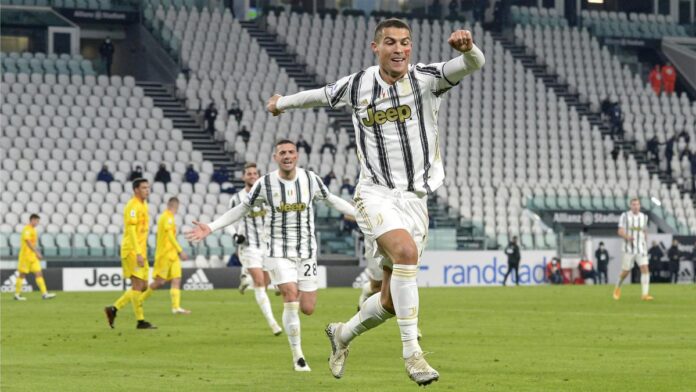 The Juventus boss hailed the performance of Ronaldo as a “born champion” after the Portuguese continued his fine scoring form since he recovered from Covid19.

The veteran forward scored twice in four minutes in the first half of a Serie A match against Cagliari to take his tallies to Eight goals in six appearances in all competition.

“He is a great professional, as we already knew,” Pirlo remarked.

“He is a real champion and sets the example for everyone around him, both in the matches and in training. The only advice I can give him is to keep going in the same way.”

Ronaldo also reached a landmark by becoming the first player to score in his each first five Serie A outings in one season in the three points per win era.

Ronaldo scored the brace from five attempts, and the talisman laid on three chances for his teammates on the night which earned him the praise by his manager.