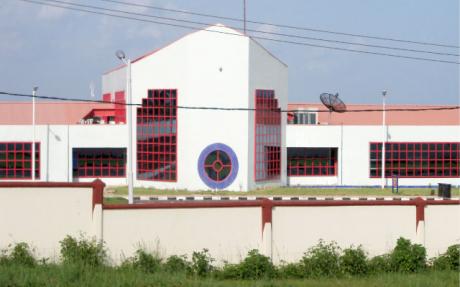 The Group Managing Director and Chief Executive Officer of Harmony Holdings Limited, Alhaji Abdullahi Abdulmajeed has lamented that despite huge funds sunk into Harmony Advanced Diagnostic Center (HADC) by the previous government, the medical facility did not remit a kobo as returns of investment over the years since establishment.

He made this mind-blowing revelation while inaugurating a ten-man investigative committee to unravel circumstances surrounding a controversial contract awarded to BOTAD General Limited by the Kwara State Government in 2010 for the supply of G.E equipment to Harmony Advanced Diagnostic Center (HADC), a subsidiary company of Harmony Holdings Limited. 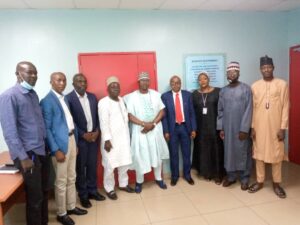 The GMD noted that there is now a break away from the previous order, as the health facility will for the first time be remitting millions of naira as returns of investment within his first year of assuming office.

The inauguration held on Wednesday, November 25 at the Conference Room of HADC. 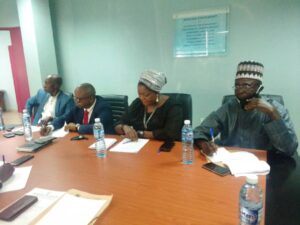 According to a release by the Corporate Affairs Unit of Harmony Holdings, “BOTAD General Limited had sued the state government sometime in September 2019 over a purportedly unpaid amount to the tune of N300 million due to them from the state government (under the administration of Dr Bukola Saraki) in respect of the 2010 contract.

“As part of the effort of the present administration, an amicable settlement and mutual understanding was reached with BOTAD which saw the reduction of the amount demanded and claimed to N191 million which is to be paid in installments. 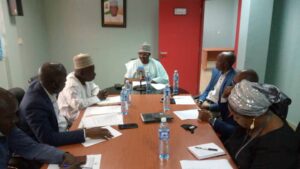 “The state government has therefore directed HHL, the parent company of HADC to provide evidence relating to the terms of contract before making further attempts at payment, thereby necessitating the naming of the committee.”

The investigative committee was given a timeline of two weeks to complete its assignment, as Mr Abdulraheem Yusuf, a financial expert will act as its chairman.

Representatives from the Ministry of Justice and Office of the Attorney General, Ministry of Health and Ministry of Finance also form members of the committee.

Speaking at the inauguration, the Harmony Holdings boss said it was a moment of mixed feeling to inaugurate another committee saddled with the responsibility of investigating a mess left by successive previous administrations.

“It is painful and challenging that the administration of Governor AbdulRahman AbdulRazaq has the herculean task to turn around the fortunes of Kwara State which had been battered for more than a decade. This is another investigative committee saddled with the onerous responsibility of investigating for the purpose of cleaning up the mess occasioned by the mismanagement, misappropriation and maladministration of the collective patrimony of Kwara State by successive previous administrations,” he stated.

Alhaji Abdulmajeed, who promised to make all necessary support available to the committee, expressed confidence in it, saying it is a careful assemblage of experts — finance, medical, legal and media.

He also charged members of the committee on transparency and objectivity.

Speaking on behalf of the committee, the Chairman, Mr Abdulraheem Yusuf thanked the GMD for reposing confidence in the team, while describing him as a visionary leader.

He also assured the GMD of a thorough, comprehensive and objective job.