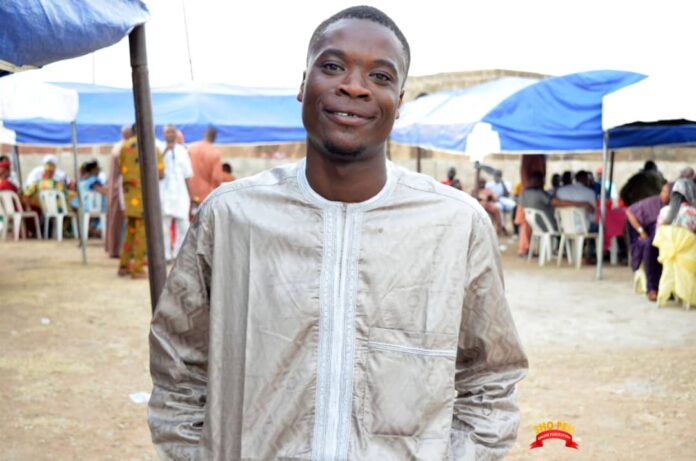 It is no longer a piece of news that the novel virus dubbed COVID-19 has hit the world to the brim which is evident in the cases recorded so far and the sudden rise in cases at the second wave of the deadly phenomenon.

Dissecting the upsurge in cases recorded by the Technical Committee on COVID-19 at the second wave of the ravaging virus in Kwara state, it is noteworthy that defiant (informed and uninformed persons) has turned out to purposely flout the precautionary safety measures put in place by the NDDC and the gazette (executive order) at the behest of the Kwara State Government under the leadership of Gov. AbdulRahman AbdulRazaq.

It is however appalling that the gazette which is supposed to be strictly adhered to has been religiously contravened by the carefree populace culminating in the astronomical spike of the novel plague which may resultantly put the state on the precipice.

On the 24th of December, The Kwara Covid-19 Technical Committee rolled out through a press release, the COVID-19 safety guidelines put in place to curb the further spread of the virus in the state which includes; use of facemask, restriction on movements between 12 am-4:30 am, a regular wash of hands, placing a ban on the gathering of not more than fifty (formal and informal) and also warned against violation of the guidelines as they would be made to strict penalties as enshrined in the Provisions of the Kwara State Infectious Diseases Regulations 2020.

Commendable as it was, It is worrisome to see notable personalities flouting such order thereby constituting a hazard to the lives of others which may eventually escalate the virus. Maybe the guidelines and the penalties are not for the bigwigs. Who knows!

Few days after reeling out of the guidelines, an online newspaper was credited with a report that Gov. AbdulRahman AbdulRazaq was allegedly sighted at a public function with sheer violation of the laid down safety protocols. To say, he’s not leading by example.

This bossy behaviour tells us how everyone has continually disregarded safety measures.

Should the big stick be weighed against the custodian of such law? No doubt, executive immunity wouldn’t pave the way for such to come to fruition. But “He who comes to equity must come with clean hands”.

Hitherto, Pestiferous war of words has permeated the media space on the ordeal of the long-suffering 2,414 SUBEB teachers codenamed “sunset” workers who were gainfully employed at the twilight of the immediate past Gov. Maigida led administration and have been denied payments for several months owing to their questionable manner of employment which eventually led to their disengagement.

Some think that Governor AbdulRahman AbdulRazaq is reneging on his earlier promise not to disengage these workers upon his assumption of office pointing the accused finger to his predecessor for inflating the numbers of the approved figure to be recruited from 1,100 to 2,414 workers.

A statement made by the Kwara State Government on December 24, 2020, through the Ministry of Education partly read;

“A total number of 2,414 SUBEB teachers were engaged in the twilight of the past administration. They are otherwise called sunset workers.”

“This figure is a violent contravention of the executive approval by former Governor Abdulfatah Ahmed who had authorised the employment of 1,100 qualified teachers to take English Language, Mathematics, and Science subjects only.”

Meanwhile, the Governor in a release on July 3, 2020, noted that the “sunset” workers were purposely employed to frustrate his administration but will confidently embrace them with an open arm by ensuring that they are retained and get paid promptly like other workers. His statement read thus;

“The sunset workers were people employed by the last administration in the twilight of their reign. Many people said they had been engaged to frustrate the success of our administration. Whatever the case, we refuse to punish these new workers by sacking them; rather, we will retain them and ensure they too as other workers get paid promptly.”

Consequently, Gov. AbdulRazaq has betrayed his vow that has provoked a public backlash after which their outstanding salaries were allegedly paid on compassionate ground.

Their travails are compounded by claims that some of the teachers were overpaid as others got underpaid.

It is a healthy censure to advance that the Kwara State Government lacks clarity in her programme because any forward-thinking Administration needs to be guided by appropriate ideology. No doubt, decision making is key to good leadership. It appears that Mr Governor’s decision not to lay them off was a political statement to appeal to public sentiment, but when reality sets in, he recounted. Unarguably, It takes political will to stand by the right decision.

I believe they say it takes two to tangle. The Kwara State Government should give optimal priority to the disengaged workers at the fast-approaching recruitment exercise slated to take off in January.

May Kwara be great again!