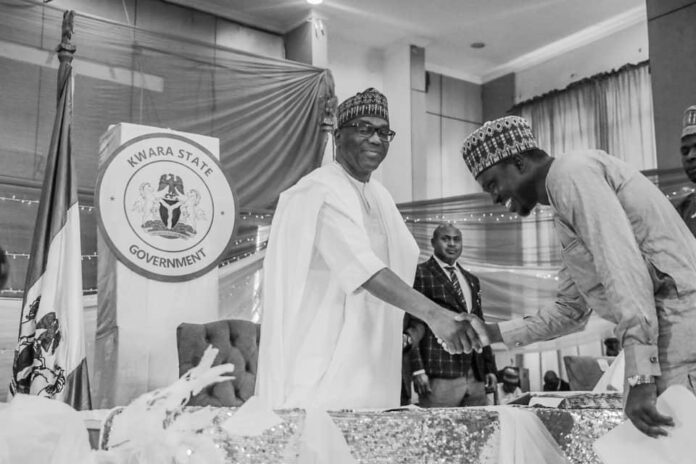 On Friday, December 13, 2019, news broke that an illustrious son of Oloru — Moro Local Government, Kwara State— Hon. (Engr.) Suleiman-Rotimi Iliasu had assumed office as the Commissioner for Works and Transport, Kwara State. To everyone who knows him for the commitment, diligence and excellence he would always bring into whatever he does, it was a delightful news item, and their first impulse was to congratulate Kwara State on its fortune of having such a prodigy at the helms of that Ministry’s affairs, with — his attitude of excellence— every promise of taking the Ministry to its altitude.

That H.E Governor AbdulRahman AbdulRasaq is a man of restless questing spirit, razor-blade intellect and remarkable physical energy is an incontrovertible truism. Consequently, Engr. Suleiman-Rotimi knew he had to be ready to work in order to meet standards in all that he would do in his designated Ministry. As soon as Engr. Suleiman assumed duty, he reached for the accelerator and put the Ministry at full throttle. Expectedly, within the twelve (12) months he spent in office, the former Commissioner’s Midas touch can be felt in Kwara State in diverse ways— in spite of the myriad of challenges economic, political, social etc. that the new administration inherited from the past one— as a result of his shrewdness, the unwavering support and counselling he received from H.E Governor AbdulRahman AbdulRasaq and the good people of the State. 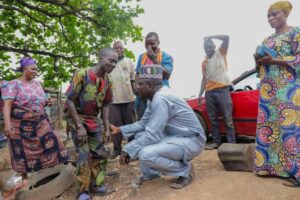 Governor AbdulRahman AbdulRasaq assumed office amidst massive hope and expectation from the people of Kwara State that here, at last, is a leader who would stop the slide and lead the State to progress, development and the realization of its destiny. The mood all over State, at the time he took over, was, incontestably, euphoric. And as of now, it is even grandly euphoric as a result of his chains of achievement in office in less than two (2) years.

It is the administrative acumen and the ever-supportive nature of the Governor that has granted Hon. (Engr.) Suleiman-Rotimi Iliasu, the former Commissioner for Works and Transport, and other people in the Governor’s cabinet the opportunity to achieve some laudable landmarks in their various offices in the last 12 months.

Importantly, in what follows, I shall chronicle the achievements of Hon. (Engr.) Suleiman-Rotimi Iliasu at the Ministry of Works and Transportation, Kwara State, in the last 12 months. 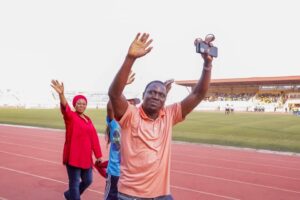 20.​Box culvert and retaining wall at oro ago, Ifelodun.

107.​Total Revival and Repair of Over 10 Years Abandoned D8 Bulldozer.

108.​Total Revival and Repair of Over 10 Years Abandoned Grader 1 (Manual).

Importantly, Hon. (Engr.) Suleiman-Rotimi Iliasu immensely appreciates the Speaker of Kwara State House of Assembly, Rt. Hon. Salihu Yakubu-Danladi, whom he described as “a commendable youth ambassador who is sincere, diligent and full of wisdom”. In his words, he remarked: “I greatly thank the House of Assembly Members from Moro; House committee chairman on works and members of the committee; The entire Hon. Members of the 9th Assembly, my fellow colleagues, Moro AbdulRahman AbdulRazaq Prodigies (MAAP) and the good people of Moro and Kwara State. They were tremendously supportive and always after the success of my project. By extension, they were after the uplift of Kwara State in the sphere of works, transport, and other infrastructural developments.” He rightly closed his appreciation to everyone with a quote by Mahatma Gandhi where he remarked, “The best way to find yourself is to lose yourself in the service of others.” Indeed, any service(s) to humanity is a service rendered to God. Hon. (Engr.) Suleiman has served humanity; and under him, the Ministry of Works worked and walked.