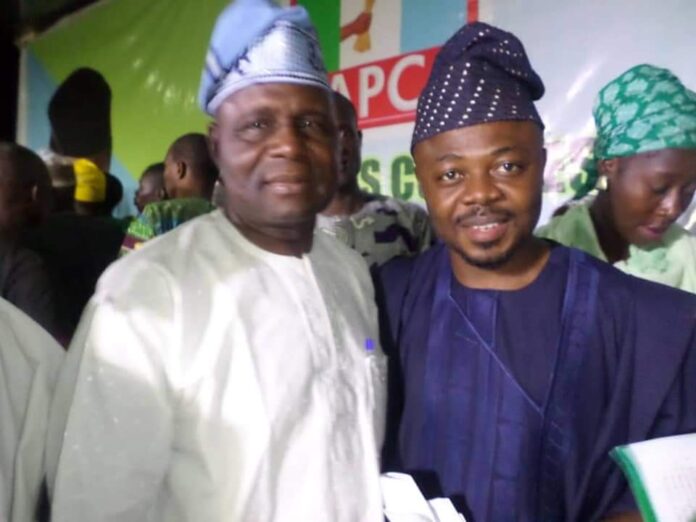 Let me begin by congratulating the newly appointed Caretaker Chairman, Alh Abubakar Samari, who has been duly recognized with the mandate to pilot the affairs of All Progressive Congress (APC) in Kwara State.

Despite my innermost conviction not to write on political matters at a time when I think all should be about governance, the events of the last few days have mandated me to break my silence, firstly, to congratulate our new chairman and give a brief insight into why I believe the sack of the ex-chairman, Hon Bashiru Omolaja Bolarinwa is long overdue.

Just like yesterday, when he came into office in the struggle which was popularly adjudged to be “ShakuShaku” by the people of yesteryears in governance, I and my team joined through self-conviction in the quest for a better political atmosphere in our dear state. 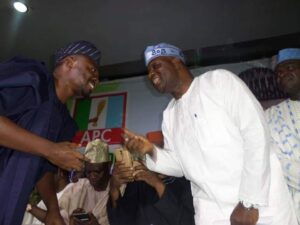 Allow me to digress a bit.

It was a bright afternoon, like a wildfire, political molestation engulfed one of the few young prominent political figures in the then APC Secretariat by some political hoodlums, for being independent in thoughts and following his own path and convictions, that which is different from the then alpha and omega, the political landlord of Kwara even though they are in the same party.

This arose the consciousness in me, many questions started popping up, what if I was the one? These actions can be melted on me? Can I continue in such a situation wherein my safety and sanity are always questioned because I have an opinion? These and many more questions are what led to the struggle embarked upon by some of us in search of a more inclusive alternative to chart a new course for the state?

Hence, our decision to join the parallel Congress that produced BOB with full force.

Today, it is on record that BOB is no longer in charge, but I believe my words will continue to linger in his memory if truly he has a clarity of being a progressive at all.

Several times, especially during the build-up to the 2019 election, whenever we complain about lack of inclusiveness in the party’s administration, instead of addressing the issue, the ex-chairman will be bragging, sometimes stating that we are his children agemate, as if age has ever been the determinant factor in party administration. 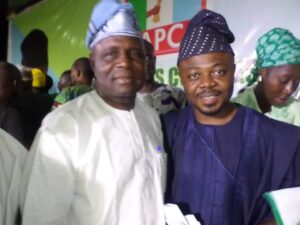 Let me say it again openly, in case the ex-chairman is reading that, “a true soldier fight not because he hates what is in front of him, but because he loves what is behind him” and one day, the young shall grow too.

Please, how on earth would someone use kneeling before a random crowd as a yardstick for solving critical issues of pains that involves resources and energy lost at this age?

Since after the primary election, BOB as the party chairman has never convened a single meeting with aspirants under the party to jointly chart a way forward for the party. So, to me, all the claims of fighting for the party seems to be more of a personal battle than a battle for the party or party members.

After all, after spending huge resources as an aspirant in the party, I have never gotten a single text message from the chairman or party, for any party activities.

If you ask me, that administrative style, where the erstwhile chairman becomes the sole decision-maker of the party cannot turn around to accuse the state governor of lack of consultation and inclusion when the party chairman himself doesn’t consult his members nor stakeholders in the party.

While the Sarakite attacked and molested Comrade Ahmed Qudus to demonstrate their disdain for Independent mindedness, BOB and his boys equally attacked a prominent independent voice, Abdulrazaq Hamzat based on false and misguided accusation and all of these is pointing to one thing, BOB is unfit to lead any serious party seeking democratic advancement.

The same indiscretion has been utilized by BOB and his cohort in engaging the performing Governor of Kwara and trying to discredit the good work of the governor, which is audible to the deaf and visible to the blind.

In lieu of the above, I would like to urge the new chairman to tread a different path from the past, path of inclusiveness, of consultation, of reconciliation, and of a harmonious relationship with all party members, both old and young.

PARTY REGISTRATION AND ADMONITION FOR THE YOUTH.

like Femi Adeshina stated in his new year release, that the year should be for less wailing but that of actions and involvement, it is imperative that youth gets involved in party politics and activities.

This singular act starts with the upcoming registration of our great party APC, we can not continue talking alone, talking will not dislodge the current occupiers and present us as a serious contender for power, action will.

Take actions now, register and mobilize people for registration, get involved in the game of power, that’s how to wrestle power and not through the punching of keyboards.

Now is the time to act.