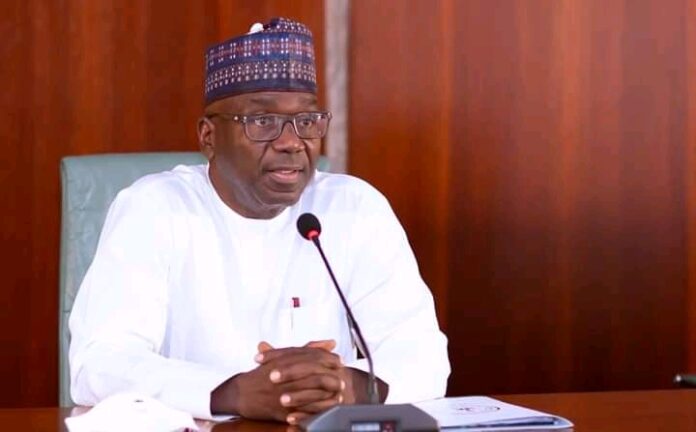 That man from a noble and successful family in the Adewole of Ilorin West in Kwara State, the executive governor of Kwara State, Mallam AbdulRahman AbdulRazaq has been up and doing ever since his emergence to pilot the affairs of the state and standing tall to his unshakable determination in helping thousands of Kwarans rise out of poverty, crawling pace of development, escape the chains of welfare.

UNCOMPROMISED, is the untold saga of one man’s courage, sagacity, truthfulness, patriotism, selflessness, and heroism in his continued pursuance and struggle to improve the lives of all Kwarans irrespective of political affiliations. Everyone knows what leadership is, but few people can articulate what it truly means. So many conspiracies had been plotted to destroy the AbdulRazaq led-administration but his unflinching trueness to serve his people keep the fire burning.

Without a gainsaying, Ramoni (Using the grandmas’ voice from Ilorin) is a leader who commits himself to not be bothered about strings to be idolizing anyone. There have been countless people through history that led people but were inhumane and destructive. Does that still make them leaders? In my mind, a leader is someone who does more than just lead people. They have to be driven by the right motivation and make a positive impact on the people around them.

The executive governor of Kwara State sees how things can be improved and rallies people to move toward that better vision. He kept working toward making his vision a reality while putting people first. Just being able to motivate people isn’t enough — he is grounded par excellence and embrace the need to be empathetic and connect with people to be successful. Apparently, His Excellency has been repositioning the state to be on the higher pedestal.

Unlike before when the state was in the hands of those who consumed the wealth of the state by conscription of her sons, confiscation of her crops and vineyards, requisitioning of the labor of her daughters, and a level of taxation which rose to the appalling and heart-churning level of unbearable note by the citizens. We are progressing with the giant stride he has been laying down for the benefit of the Citizenry.

A leader worth following leads with ethics. True leaders are proof you can do well by doing right. Their ethics are not conveniently molded to fit a particular situation but indelibly etched in their very being, as natural impulses that never go stale or out of style. Ramoni leads by example. He doesn’t expect others to do anything he isn’t willing to do himself. His leadership comes not only from his actions but also simply from his words. He holds himself equally responsible as those he is leading.

He leads with fairness. He treats everyone fairly. It’s a necessity. He understands that fairness is the ability to rise above his own prejudices and treat everyone equally. He leads with humility; as a leader, he knows that humility is concerned with what is right, that it leads to strength and not to weakness—that it is the equilibrium of power. It is the highest form of self-respect to lead from the stance of humility. He brings out the best in others; as a true leader, he guides and supports others in their success, ensuring that everyone is performing at their best, doing the work they are meant to do, and doing it with excellence.

Against all odds, True leaders have great confidence and courage. They look fear in the face and defy it, they know that wherever their heart is, there lies their confidence.

Most of all, Mallam AbdulRahman AbdulRazaq embraces the concept that leadership is, above all, a privilege and recognizes that the things he thinks, says, and does have a significant impact on those he governs. Today, our number one citizen keeps pointing that, leadership is a privilege, and make yourself worthy of being followed comes with great responsibility. It means you can inspire others to dream more, learn more, do more, be more. Being the leader matters most if the position is taken seriously and is used to make a difference.