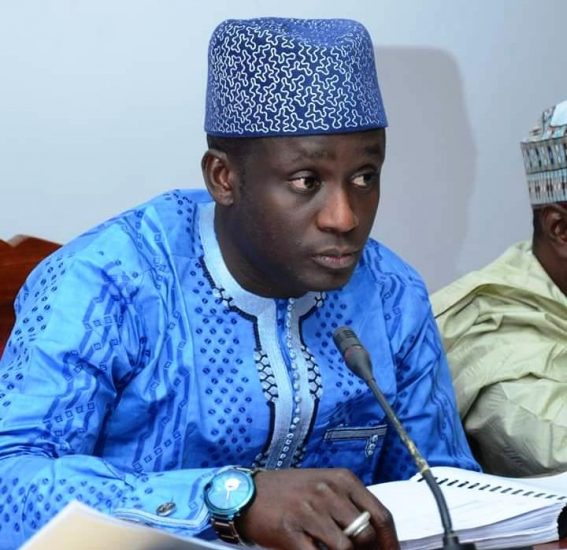 Sir, it is with great concern that I write you this open letter. It is troubling that the core principle of democracy upon which the APC-led administration stands is being threatened because of the indifference of the Assembly under your leadership to take a worthy position regarding the domestication of the Freedom of Information, FOI Act in Kwara State.

The FOI Act is one of the best things to ever happen to Nigeria’s democratic journey since the return to civil rule in 1999. Signed into law by former President Goodluck Jonathan in 2011, the Act seeks to ensure seamless access to information, records, and documents held by government bodies and private bodies carrying out public functions. It is with this faith that the 8th Assembly led by Dr Ali Ahmad heartily welcomed the Bill, which passed through spirited arguments before its eventual passage by the House.

It is not debatable that transparency and accountability are the core foundations of good governance and public sector management, and also contribute to fostering social wellbeing. This is why it is important for government officials and more importantly, citizens, to continually push for transparency and accountability in governance. And one of the means that have made it easier for the citizens to do this is the FOI Act.

Mr. Speaker, it is worrisome that the Assembly under your leadership has refused to pass this important bill that is critical to ensuring good governance. It is of great concern to us that an administration which prides itself as “a government for all’ will deny its citizens the power to hold it accountable.

It is pertinent to note that public institutions and officials exist to serve the interest of the public and as such, their activities must not be shrouded in secrecy but made transparent, which is one of the objectives the introduction of FOI Act seeks to achieve.

I am disturbed that 18 months after Governor Abdulrahman Abdulrazaq returned the bill to the House for amendment, nothing has been heard of the bill. I’m sure well-meaning Kwarans are also utterly disappointed by the annoying silence of the House on the FOI Bill. Sir, Kwarans need to know your position on why the FOI bill is yet to be passed by the Assembly and sent to the Governor for assent.

Additionally, Kwarans want to know why you are yet to swear in Jimoh Agboola as directed by the Court. We are worried and afraid that the 9th Assembly which you chair is smothering our democracy by flagrantly disobeying court orders. Your blatant refusal to implement the ruling of the Court is denying the people of Ilorin South State constituency fair and equal representation in the House. This is unfair and undemocratic.

Should we conclude that your outright disobedience of the ruling of the highest court in the land – the supreme court – is partisan? Mr. Agboola, if inaugurated, will be the only opposition member in the 24-member House of Assembly. Does party affiliation now override the will of the people of Ilorin South? This is appalling as Mr. Azeez Elewu continues to parade himself as a member of the House, and your Honourable continues to condone this illegality and impunity.

May I remind Your Honorable that as one of the beneficiaries of the ‘Not too Young to Run’ advocacy that ensured a reduction in the age limit for running for elective offices in the country, your actions are not different from that of the gerontocrats we’ve always complained of.

Sir, you were elected not to bootlick any person in government, but to serve the interest of the public and raise the aspiration of the younger generation. To avoid being on the bad book of history, this is a clarion call to you, to reflect and retrace your steps. For the sake of Kwarans, I pray that God grant you the wisdom and courage to do what is right, without fear or favour.

Olasupo Abideen is the Executive Director, Brain Builders Youth Development Initiative. He is the only Nigerian among the Global SDGs Youth Power Panel Member and a Consultant with Project Everyone, UK. He is an advocate of Good Governance and Accountability. Shoot him an email via [email protected]