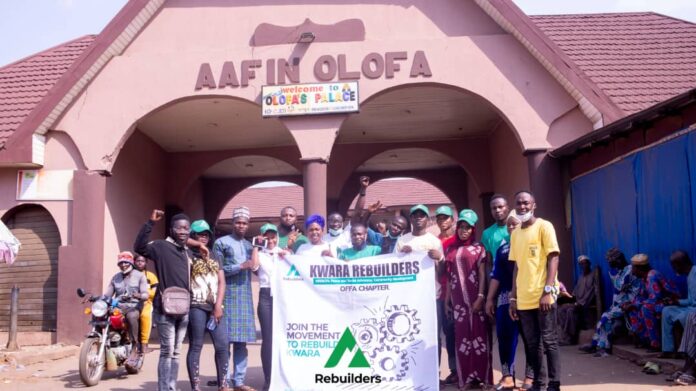 The Olofa of Offa, His Royal Majesty Oba Muftau Gbadamosi, Esuwoye II, has called on youths in the state to emulate Kwara Rebuilders in pursuing growth and development of the society with vigour as the group held a campaign on curtailing the menace of fire disaster at Offa LGA, Owode Market, Offa, on Monday.

The monarch spoke in his palace on Monday in Offa at the stakeholders’ meeting ahead of the sensitization programme which included the Director Kwara State Fire Service, Prince John Falade. 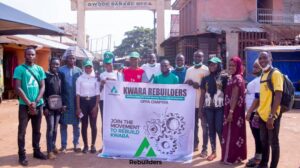 He called on youths to take after Kwara Rebuilders “in promoting values, advocacy against social vices, and purposeful contribution to the growth of the state through community development initiatives” to quicken the pace of progress in Kwara.

Olofa said he is delighted to see youths resolute to effect the change they desire. He urged them to stay true to the cause, agreeing that everyone needs to rally behind the government to succeed. 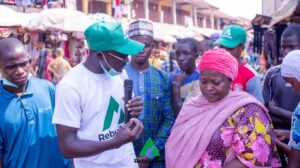 “I am delighted you thought to partner the Fire Service on sensitising the market women on the menace of fire. Indeed, people need to be more safety-conscious to curtail incident of fire outbreaks. It could not have come at a better time. These are things expected of our youths to move the nation forward,” Olofa said while appreciating Kwara Rebuilders for bringing the initiative to Owode, a community market notable for fire accidents.

Kwara Rebuilders, a pro-democracy group with a focus on social advocacy and community development, said she embarked on the programme to support the efforts of Kwara Government on ridding the state of an incessant incident of fire outbreaks in markets, homes, and offices. 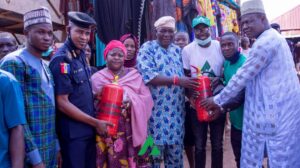 “Governor AbdulRahman AbdulRazaq has invested a lot in Fire Service for effective service delivery. This includes buying two ultra-modern skytick fire service technology and a 5000-litre capacity fire fighting truck for the state fire service. It underscores his commitment to safeguarding lives and property. Men of Fire Service said no one has done better. However, we realised there is a need for people to own the cause. They need to be aware of the causes of fire disasters, effects, and why it matters to avoid occurrence. It was the right thing to do to support the government’s efforts. We believe it is our bit to serving the state. Testimonies from today show that people value it a lot,” Co-convener Kwara Rebuilders, Ibraheem Abdullateef remarked.

Falana, for his part, enjoined Kwarans to take ownership of risk and disasters management in their various homes to make the state safer and prosperous. 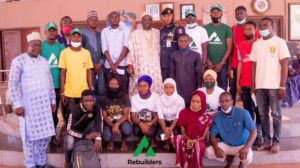 “Our people buy dogs and even hire security men to safeguard them and property. But they do not care much for precautions against fire disaster. Such a mindset needs to change. This is why I was excited to partner with Kwara Rebuilders on the campaign. You see the people have a big role to play in efficiency. It starts with adhering to safety precautions. We must continue to open their eyes. I want to believe that continuous sensitization as we did today will leave a lasting impact,” the Service chief said after the programme.

Speaking on behalf of the market women, Iyaloja of Offa, Alhaja Idiat Yusuf, said; “We indeed experience fire disasters in Owode market. It is thanks to the proactiveness of the fire service men that we are still in business. We cannot thank Kwara Rebuilders enough for reminding us for good. Aside from sensitising our members, the donation of two fire extinguisher cylinders is a symbolic gesture. They are model Nigerian youths. We are grateful.”