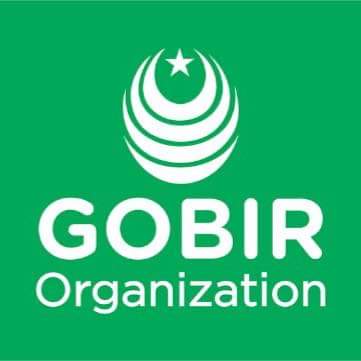 Gobir Organization Foundation has paid the school levies of about 100 indigent students of the Kuntu community last week as part of the Foundation’s initiative to reduce the number of out-of-school children in Kwara State.

This was made known to the public through a weekly radio programme sponsored by the Foundation tagged “Alaanu Mekunu.”

Speaking on the initiative, Mrs Khadijat Eyitanwa Lawal, the Foundation’s Head of Media and Publicity who also doubles as the Co-ordinator of the Gobir Education Support Fund (GESF) noted that the Foundation has set out to reduce the number of out-of-school children through this initiative that started at Kuntu community last week. 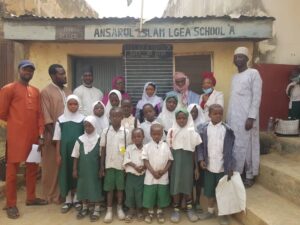 “When the call came from the community that the Foundation should come to their aid to help in paying the school levies of indigent students in the community, I can tell you that we took it in good faith as it is one of the things we stand for at Gobir Organization Foundation.

“We all agree that every child has the right to learn and this is why the Chairman of Gobir Organization Foundation, Waziri Yakubu Gobir is dedicated to the education of indigents in his community and the State at large. 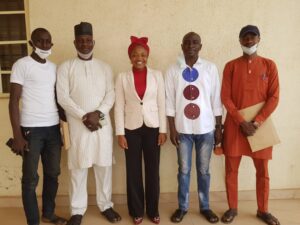 “Gobir Education Support Fund (GESF) is designed to reduce the number of out-of-school children in the Kwara State. We targeted 100 students in each community across the state, both in primary and secondary schools and community development associations are implored to work hand-in-hand with the Foundation to achieve a common goal of reducing the numbers of children roaming the street during school hours,” said Eyitanwa.

While commending the Foundation, Baba Magaji Kuntu, Alhaji Yunus Arowolo Magaji said the whole Kuntu community is indebted to the Foundation for this kind gesture extended to his community. He then prayed that Allah’s mercy continues to be with the Foundation and her chairman. 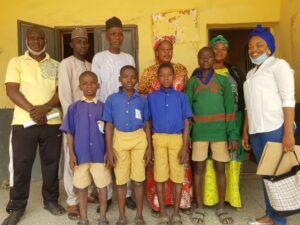 In his own remark, the president of Kuntu Youth Movement (KYM), Mr. Gbadamosi Babatunde stated that the scholarship given to students from Kuntu community will be utilized to a greater height by the beneficiaries.

Mr. Sulyman Saad Omoyooba, the chairman committee on education for Kuntu community applauded the Foundation and promised that the community will monitor the beneficiaries and make sure they utilized the opportunity given to them.