It was normalcy that sports in the Emirate city of Ilorin weren’t given so much interest and priority in the past. 90% of emerging talents in the city have either been diverted to ” Ile kewu” or “Idi Oofi”. No one cares how massive your talent was, as far as it has to do with sports, you’ll be seen as a vapid, an extremist, and unserious being. Till the most of the ’90s, it was like that. The status quo was daunting and unencouraging – even though this writer wasn’t around; at least some records and stories are very reliable.

There is a story of an influential man who denied a son of his a carer in football. The said son was so massive in talent that he was a mentor to one of the Ex-Super Eagles footballers. That was only an infinitesimal of so many abundances of sporting careers that were truncated in this part of the world. It’s well! 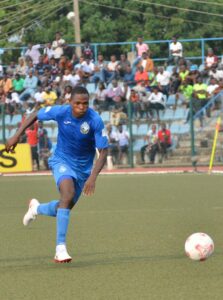 Out of nowhere, there was a certain AbdulRahman Bolakale Bashir with the nickname of either “Bashar” or “Eto’o”. In the early 2000s, the name of this man is synonymous with every grassroots lover, at least, in Ilorin. A talent to behold he is. An ambidextrous, a prolific striker, an imposing entity on the pitch, and a calm, matured football player.

At TALK SPORTS WITH STURARO today, I’ll take you to how ” Bashar came from nothing to scoring a goal against one of the biggest football teams in the world – Atletico Madrid of Spain.

How it all started

AbdulRahman Bashir Bolakale was born on the 15th of January, 1991 in the city of Kaduna. His family migrated back to their homeland of Alfa Yahaya, Ilorin while Bashir was still at the age of 3. The young Bashir started and finished his primary education at Barakat primary school. While he was in primary school, His father, Alhaji AbdulRahman insisted that the young Bashir must attend “Ile kewu”, not just for the sake of it, he wanted him to be an Ustaz in the later life. Definitely, you can’t blame the father, that was the basic objective of every father in Ilorin back then. The young Bashir honored his father and got serious with his” Ile kewu” things. 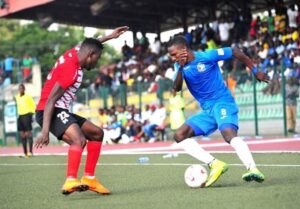 After he was through with his primary education, he was enrolled at Barakat Community secondary school, the school where his journey in football took a new turn. While he was in school, he made sure that his father’s priority which is Arabic education was still intact. Even though Bashir now had another assignment on his hands – Football. By then, he had joined a local football team in his neighborhood – International football academy. Bashir was a fulcrum of his secondary school football team, in fact, he was the star man. AbdulRahman spearheaded the team’s success at the prestigious Shell cup – an inter secondary school football tournament in Kwara state in the early and mid-2000s.

While he was doing all these, Abdulrahman’s father was not pleased that his son was on a path he didn’t set for him. He intensified his efforts to not see him do what the young AbdulRahman loved so much by enrolling him in an iron bender shop. Bashir was to consider four things together – School, Arabic Education, Football. Iron bending. What a life! What a responsibility!
AbdulRahman wouldn’t look back, he set his eyes on the future. He knew football was the only way. 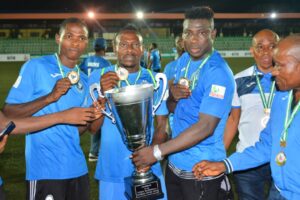 In 2006, Bukola Babes (Now known as  Abubakar Bukola Saraki Football Club), a newly formed football club then owned by the then Governor of Kwara State Senator Bukola Saraki came knocking. They had just started playing in the Nigeria National League. The young Bashir signed his first professional football league with the team and helped them gained promotion to the Elites league of the country. He was to play for ABS for six years (2006-2013), captaining the team on so many occasions. While playing for ABS, Bashir was the poster boy, he was always central to everything good in the team. In 2013, Bashir’s exploits while playing for ABS paved a deserved move for him to the most successful football team in the history of the land – Enyimba International.

Bashir only played for a year with the People’s Elephant before he made another move to Makurdi where he represented Lobi stars for a year too. By the end of the 2014/15 NPFL season, Bashir made a move to Lafia to join his favorite coach Kabir Dogo who had just signed a deal with Nasarawa United.

The move to Nasarawa United came with a lot of good for the prolific striker. While he represented the Nasarawa outfit for three years, he scored a lot of goals – and the result for his brilliant performance in Lafia birthed an invitation to the Home-based Eagles camp (Super Eagles team B) in 2016, a team that went to Spain to represent the country in an invitational tournament. Bashir was initially in the squad but he was later called to join the rest of the squad in camp while he was on his way with his Nasarawa United team to Owerri for an NPFL match against Heartland FC. Bashir cherished that very moment and told some of his friends how elated was for the invitation. 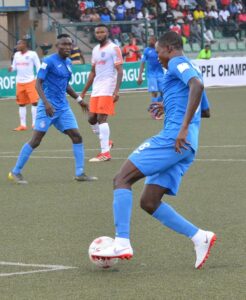 The most memorable for Bashir was the fixture against Atletico Madrid where he scored a consolation goal for the Home-based Eagles. Even though the goal wasn’t enough to save the day for his team. Atletico Madrid eventually won the match by two goals to one.

By the end of 2018, Bashir made a return to Enyimba International after his three years deal had expired with Nasarawa United. He played for the Aba outfit for another two years, and in the process, represented the team on the continent.

Now, AbdulRahman Bashir Bolakale is plying his trade with former NPFL champions – Plateau United and he has appeared in the majority of the matches the team has played, this season.

AbdulRahman Bashir Bolakale adopted the Highest goalscorer for the English National team – Wayne Rooney as his model. He considers the Manchester United legend doggedness, flair, and eye for goals as what distinguishes him amongst his calibers!

AbdulRahman has an annual football tournament which is usually staged in his neighborhood Alfa Yahaya Ilorin. The aim is to help project the hidden talents scattered across the city – and to help them secure a future that is worthwhile using their God-given talent.

To have an athlete featured on TALK SPORTS WITH STURARO, you can contact STURARO on 07061350320 or get through to us on [email protected]