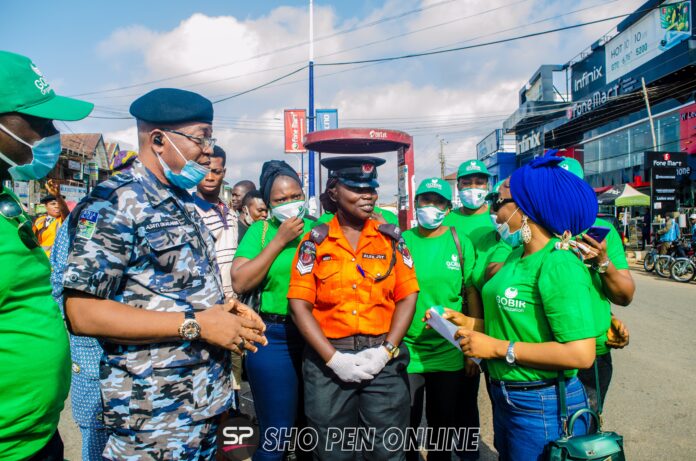 Officer Joy was conferred with the “HERO OF THE MONTH” award by the Foundation for her outstanding performance in traffic management. 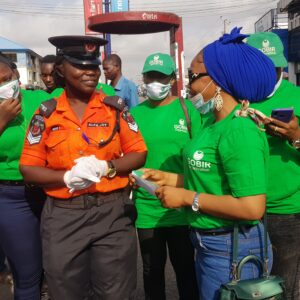 The Head of Media and Publicity, Gobir Foundation, Khadijat Eyitanwa Lawal said the award was part of the Organization’s corporate social responsibility to reward and celebrate people, who had distinguished themselves in their jobs or chosen careers.

She said that “HERO OF THE MONTH” award is a new initiative designed by the Foundation to compensate those who are hardworking in our society.”

Eyitanwa made it known that Gobir Foundation has been watching Alfa Joy for a very long time before coming out today to celebrate and reward her for her hard work. 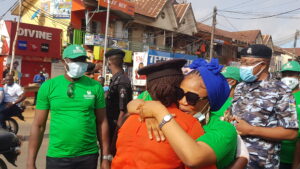 She added that the Foundation is on the lookout to encourage and celebrate every other people doing what they know how to do best.

The Kwara Commissioner of Police, CP Lawal Bagege who was ably represented by Ajayi (PPRO, Kwara Police Command) at the event, appreciated the staff and members of Gobir Foundation for the good work they have been doing in Kwara State and Nigeria at large.

Okasanmi congratulated Alfa Joy for the milestone, noted that the award will be an encouragement to other police officers to do their work diligently. 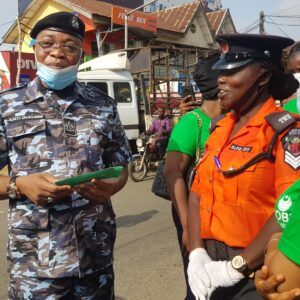 “On behalf of the Commissioner of police, I say a big thank you to Gobir Organization Foundation for this Money they gave this young lady,” he said.

In her response, Alfa Joy expressed her profound appreciation to the Gobir Foundation for finding her worthy of the award, urging other police officers to be diligent in their work.

Mr Gaffar Hassan, a motorcyclist at the event, told newsmen that “Alfa’s performance is outstanding, I am not surprised that she received the award. 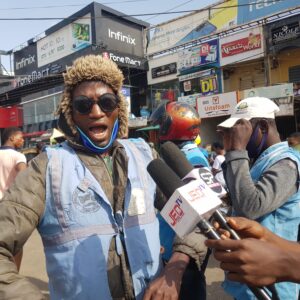 “She’s always happy whenever she is on duty, no traffic around here. She knows the job and she does it smiling,” he mentioned.