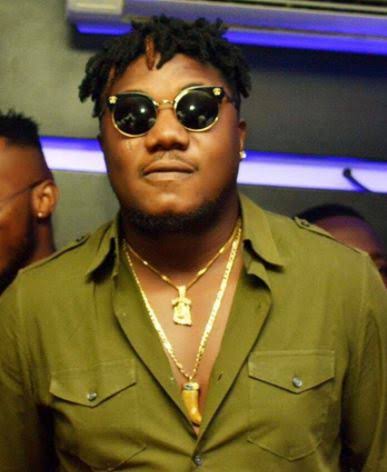 Act Sodiq Yusuf, CDQ has dared the National Drug Law Enforcement Agency (NDLEA) to show the general public the Indian hemp that was allegedly found in his house which led to this arrest.

The rapper maintained that nothing of such was found in his house.

CDQ made this known in an exclusive interview he had with Saturday Beats where he insisted that he had no Indian hemp in his house and had CCTV footage to back up his claim.

He said, “Men of the NDLEA came to my house yesterday evening (Wednesday). They threatened me with a pistol to my chest and beat me black and blue in my own apartment. They said they got information that I deal in drugs. They searched everywhere and turned my house upside down. All they could find was a plastic crusher. Thereafter, they took me to their headquarters and seized my passport and bank documents. They also threatened me saying that ‘I don’t know who I’m dealing with’. I was told that after this incident, EFCC would also intervene. It was at that point I knew someone was trying to use power to oppress me.

“Little did they know that my whole house has close circuit cameras. The footballer, Obafemi Martins, aka Obagoal, interfered. Their boss from Abuja subsequently called them to release me yesterday since whatever they found in my house was negligible. I was beaten because they found a crusher in my house. They pointed a pistol towards my chest, saying the crusher was enough for them as evidence to take me away.”

The Ilorin-born artiste maintained that refusal of the NDLEA to show the public the Indian hemp that was seen in his house would force him to release his CCTV footage.

According to him, “I am heading to their office now (Thursday afternoon). They will have to show the media the Indian hemp they found in my house or I would ‘leak’ the CCTV footage I have. A plastic crusher was found and I was beaten because of that.

“My message to my fans is that it is better to stand for something than to fall for nothing. The era of oppressors has to stop now. Speak up.”