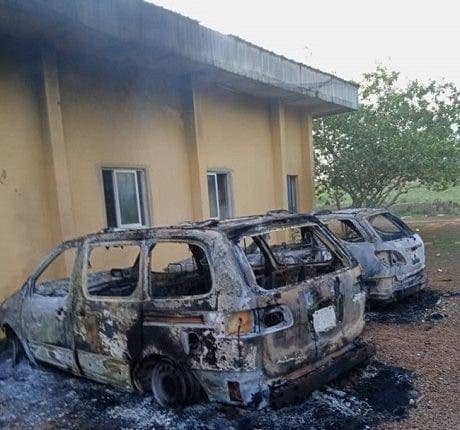 It was a sad Monday morning in Anambra as gunmen allegedly attacked zone 13 police headquarters Ukpo, in the Dunukofia Local Government Area of the state.

It was gathered that the raiders burnt cars parked at the premises of the police headquarters while the circumstances behind the attack were still unknown.

A police officer (name withheld) on duty at the zonal headquarters showed, through a video, the burning administrative building of the headquarters which was also caused as a result of the incident.

All attempts to speak with the Zonal PRO, Nkeiruka Nwode, at the time of filing this report for confirmation proved abortive.