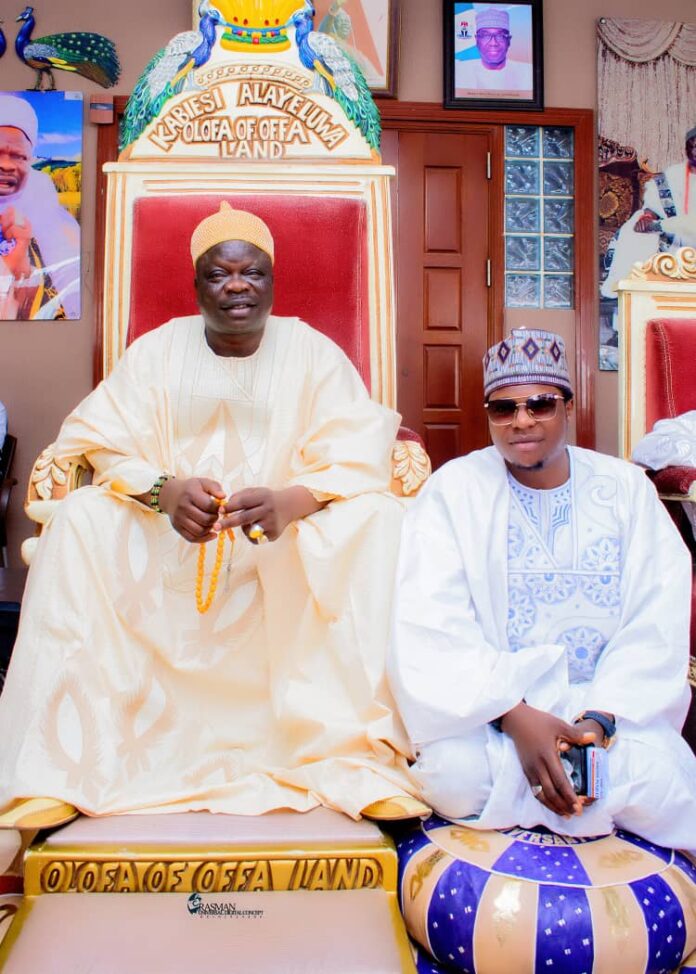 I would have had myself to blame if I had missed the Annual Ramadan Lecture/Unveiling of the Abdullahi Abdulmajeed Foundation last Tuesday, April 27. Like the Yorubas are wont to say: “iroyin o to afojuba”. The iconic Olofa’s Palace where the event took place was a beehive or a Mecca of sorts on the day. The whole place was a standstill and flooded by people from different quarters. The whole downstairs occupied. Upstairs filled to the brim. People were even peeping from close-by houses. It was just an event not to miss.

There are many takeaways from the programme. Is it of the people of timber and calibre that graced the occasion? From Offa, not-so-far-away Ilorin, and other towns. Royal fathers. Traditional chiefs. Clergymen. Business moguls. Captains of industry. Political elites. Directors of top companies. And of course, women of substance. 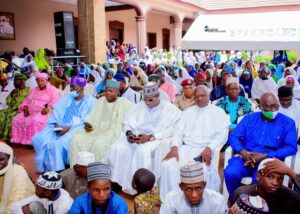 Or shall I write about the captivating, soul-inspiring, witty and humorous sermon of the Chief Imam of Offa Land, Sheikh Muhyideen Salman Hussein that held everyone glued to their seats? The scholar walked attendees through the exegesis of the Qur’an and also quoted some traditions of the Prophet. He garnished his presentation with some wise sayings one can only get from the elderly.

Did it stop there? Nay. The event also featured the Public Presentation of Beneficiaries of Youths and Women Empowerment, Community Health and Education Interventions. That appeared to be the big deal for the day. At least, 500 persons comprising the aged, students, persons with disabilities, youths, and women benefitted from the gesture which was in honor of Governor AbdulRahman AbdulRazaq of Kwara State and the pioneer for the newly founded Abdullahi Abdulmajeed Foundation. 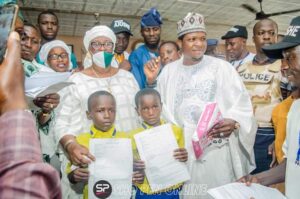 You needed to see how beneficiaries smiled to their various homes. All of them full of thanks, with the Founder, Mallam Abdullahi Abdulmajeed replying to them not to mention it. Cash prizes for the aged and some persons with disabilities. Scholarship for students in primary and secondary schools. Skills acquisition sponsorship for young persons. Enrolment into health insurance scheme for senior citizens. It was a day of joy and fulfilment.

Then, a noteworthy thing happened that I wish to apprise readers of. Clearly, the number of attendees on the ground was more than the targeted beneficiaries of 500. Many of them also in need. Will these people go home empty-handed? Not so fair. Attendees who were not part of the beneficiaries got some tokens as “gba mabinu”. The important thing for me and I believe it’s so for them was that Mallam Abdulmajeed himself did the sharing.

He could have dropped the cash for some other persons to share. But he didn’t do. That’s a reflection of commitment, passion for what he is doing and if you ask me, humility. Popularly known as Ajoshe, the Founder to the surprise of many stood throughout the presentation of cash prizes and scholarship/skills acquisition sponsorship forms to the beneficiaries. He stood for hours. No fatigue. No complaint of inconvenience. Even in the middle of Ramadan fast. He said that’s the business he had come for which he must see through. And it all ended in praise.

I will not have done justice if I did not include this important part. It was the icing on the cake. The Foundation received royal blessing from His Royal Majesty, Oba Muftau Gbadamosi Okikiola Esuwoye II, the Olofa of Offa who did the unveiling. The first class monarch had declared unequivocally that he wouldn’t have allowed the event to take place in his palace but for the fact that Mallam Abdulmajeed is a very good ambassador of Offa and has done the town very proud overtime. 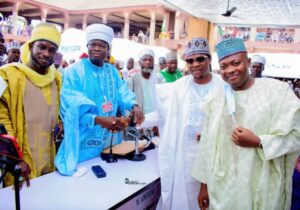 He then topped it up with the endorsement of Governor AbdulRazaq whom the community interventions were organised in honor of. Olofa said the Governor is doing great and Offa is immensely feeling the impact of his unprecedented governance. His Royal Majesty told the Governor to ignore ranters who are obviously in the minority and face squarely the business of governance, noting that he would surely prevail.

Now that the Abdullahi Abdulmajeed Foundation is here, Offa residents and indeed Kwarans should be on the lookout for more community interventions in health, education, empowerment, and lots more. Shared prosperity is assured God willing.