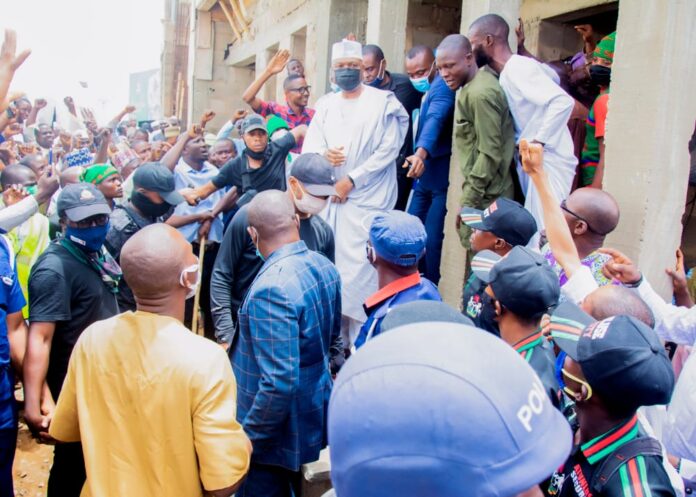 The former senate president was received with funfair and jubilation by the people of the community in the company of his entourage. 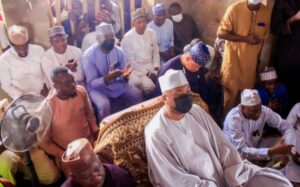 Saraki, who arrived at the venue earlier, also received the Emir of Ilorin, His Royal Highness (Dr) Ibrahim Sulu-Gambari, at the programme.

The Tafsir was led by the Imam Gambari of Ilorin, while Sheikh Sanu-Sheu delivered a sermon on the unity of purpose towards community development.

Hon. Zakari Muhammed, a former member of the federal house of representative who was also in the entourage, supported Saraki’s donation with N250, 000 for the completion of the same Mosque.

Spiritual leaders in attendance, however, prayed for peace, stability of Kwara state in general and Ilorin Emirate in particular and sound health for both the Emir and Saraki.

They also called on Allah to further elevate Saraki, who they described as the glory of Kwara state and Nigeria.