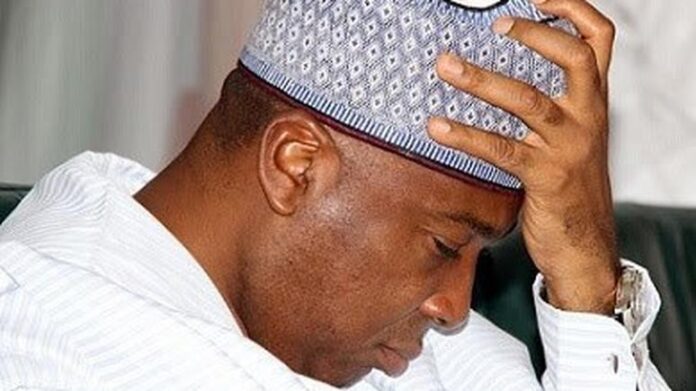 Immediate past President of the Nigerian Senate, Dr Abubakar Bukola Saraki needs some love at this critical juncture. The gentleman appears to be labouring in vain. Or how does one describe pouring water into a basket? An exercise in futility, isn’t it? This is the analogy that best captures the travails of the erstwhile Kwara strongman in his role as Chairman, Peoples Democratic Party’s Reconciliation and Strategy Committee.

For one, I believe his shellacking at the 2019 electoral polls is one tragedy too many already. For a man who witnessed the demystification and burial of his dynasty in his native Kwara State, adding the burden of futile exercise is a hit below the belt. The gentleman should therefore be shown some love by prevailing on him to quit the stage because the ovation is loudest already. Is the PDP not feeling the heat already?

Dr Saraki has travelled North and South in his bid to reconcile warring PDP members, but his efforts are just falling flatly like a pack of cards. He meets warring partymen, and in a space of days, news of their defection filter through the media.

After one of such meetings in Ogun State, he (Saraki) took to the social media to announce that his peace-building efforts are yielding positive results. But just some days later, scores of PDP members defected to the ruling All Progressives Congress (APC). Director-General of Governorship Campaign Team of late Senator Buruji Kasamu in Ogun State 2019 election, Remilekun Bakare led the partymen out of the opposition party.

More curiously, the PDP is also losing many of its bigwigs since the Saraki led Reconciliation Committee was formed. Dave Umahi, Governor of Ebonyi State is a political juggernaut and a master of the game. He dumped the PDP and simply identified with the APC in the very face of the Saraki led Committee. Umahi took along with him a horde of supporters, leaving PDP a deserted home.

Just this week, Governor of Cross River State, Prof. Ben Ayade ‘tore’ the umbrella and ‘lifted’ the broom. He also took along with him scores of PDP faithful, in a manner that deals a devastating blow to the Saraki led Reconciliation Committee. That’s not even the big deal.

The big deal is that the number of PDP’s top politicians who have their eyes fixated on joining the APC far outweighs those that have decamped already. Governor Bello Mutawalle of Zamfara State and his Oyo State counterpart, Governor Seyi Makinde are among those contemplating dumping the PDP. Their decisions may be taken at a time that’s most unexpected.

As if that is not enough. Charity, they say, begins at home. Not for Dr Bukola Saraki, the face of the PDP National Reconciliation Committee, who is also losing throng of PDP members to the APC fold in his native Kwara State. Just yesterday, hundreds of PDP faithful in Baruten Local Government decamped to the APC. What’s more is that some former gubernatorial candidates from other parties outside APC and PDP are finding refuge in the APC whenever they want to defect in the state. They attribute their decision to the gratifying performance of the Governor, AbdulRahman AbdulRazaq.

The PDP lost it when it made Dr Saraki, a man who does not command any respect owing to his inconsistency, the face of its Reconciliation Committee. Was it not the same man who abandoned PDP, a party that made him just to satisfy his personal interest? How can such a personality reconcile aggrieved partymen? What locus standi does he muster? It’s not late for the PDP to rescind its decision to prevent more own goals for a party that has sunk already at the national level.