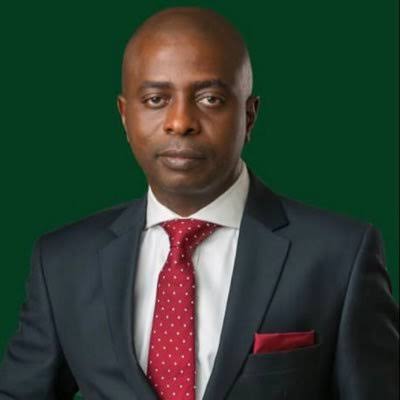 That the Kwara State PDP candidate in 2019 elections, Hon. Rasak Atunwa returned to the State penultimate Friday after a two-year self-imposed exile is no longer news. What has not been reported, however, is the outcome of the political test run that Atunwa went to do in Ilorin.

Ordinarily, this writeup would not have been necessary, but for the lies and conjectures that a nameless author put out about that Atunwa’s visit which was everything but true. At a time the PDP in Kwara is working to put its house in order, reorganize and strengthen the party ahead of future elections; what we must not do is to deceive ourselves even if we make efforts to hoodwink the unsuspecting public.

The unknown writer, while reporting Atunwa’s visit to Kwara, wrote: “One thing is certain and that is the fact that the return of Atunwa has unarguably changed the political gameplan in the 2023 governorship tussle among aspirants in the State which is bound to give sleepless nights to the actors.” This is not the correct narration of what transpired in Ilorin, and Atunwa, who had to hurried out of a town he had not visited in two years just after spending less than 3 days, knows what he encountered.

Without prejudice to whatever lies the public might have been fed with, this is the true story of what transpired during Atunwa’s recent visit to Kwara State.

Rt. Hon. Razak Atunwa made a surprising entry into Ilorin on Friday, the 21st May, 2021, his first visit since he lost at the polls in the 2019 elections. On arrival, he visited key community stakeholders, including the chief imam of Ilorin who had lost a wife. With the visitations done, Atunwa turned attention to the real business that brought him to town, the need to test the political waters and gauge the mood of politicians, particularly those of his party, the PDP to access his chances ahead of the fast-approaching 2023 elections.

As a starting point, he invited stakeholders of the PDP from the Asa local government. He regaled them with how he spent so much money to prosecute his ambition in 2019 and how the outcome of the election meant that he had to leave town to clear his head and put himself together. He also told his visitors that the 2019 elections went the way it did because of the lies and propaganda sold to the people by the APC, and not because he was a bad candidate. Finally, he said he believes that the coast is now getting clearer, that the people now know better and would not repeat the mistakes of 2019. He, therefore, asked for support to enable him to recover his mandate.

At this point, a young man who was part of the visiting delegation indicated interest to speak and he was given a chance to do so. He said he was surprised that Hon. Atunwa could say all that he said. The guy lamented the fact that he (Atunwa) abandoned them after the elections, despite the efforts they made for him during the 2019 electioneering. He asked if Atunwa expected them to abandon those who did not run away after 2019 and who had sustained the tempo of opposition in the State. He thereafter advised Atunwa to reach out to the PDP faithful in the State and explain the reason why he had been away for so long since after the elections and also seek their forgiveness and understanding. He said he believes this should be the starting point for the former honourable and governorship candidate. But for being so bold and audacious, the guy was sent out of the meeting.

Not done, Hon. Atunwa invited youth groups and party stakeholders from all the wards that made up the Kwara Central, picking 10 persons per ward. In the meeting with the Kwara Central team, Atunwa repeated the same message he shared with the contingent from Asa, asking for support to regain the mandate he lost in 2019. But like he experienced while hosting stakeholders from Asa, someone among the Kwara Central delegates also pointed out to him that the Kwara PDP needed to do things differently, and that he believes that if Atunwa again flies the PDP flag in 2023, what happened in 2019 would only repeat itself.

With the unpleasant feedback he got from the people and teams he met with, Atunwa had no choice but to leave Ilorin in a hurry. And that was how a visit that was billed to last for a week was brought to a quick and premature end just after barely three days.

What Atunwa discovered during his last visit to Ilorin was that the PDP as a party and the people within it now have a different kind of thinking and orientation. He realizes to his chagrin that his long absence had made him lose considerable ground, and that a lot of work was needed if he must regain some of his traction. Indeed, Atunwa found out that PDP members in Kwara have moved on from him and are hoping for someone else to energise the party. But for now, Hon. Atunwa’s standing within the Kwara PDP is even more precarious, and placing a gamble on him in 2023 may only achieve the undesirable result of dampening the morale of party faithful who already have the unpleasant feeling of being abandoned by the same man they toiled and laboured for in the last election. Moreover, the majority of PDP members in Kwara today believe in the saying that what “you don’t change is a winning team, not a losing team.”