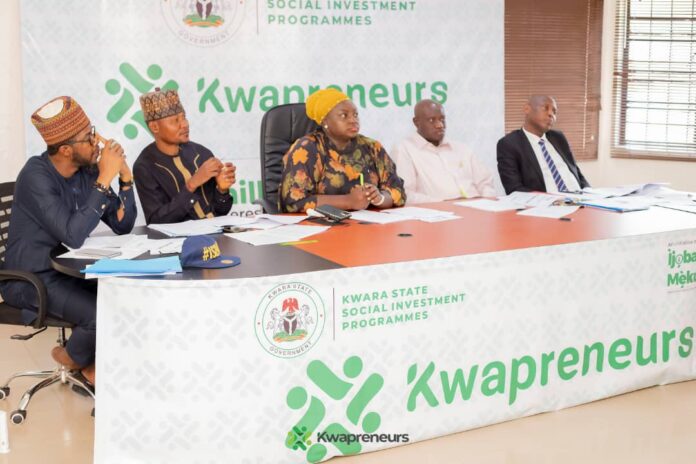 One thing about vision is its power to spark change. It doesn’t matter whether it’s positive or negative. The impacts materialise immediately and strongly. It is the same with lacking a vision. You begin to see the consequences. Swiftly. Fatal. And there is no need for a lecture, I could have given you the Seth Berkeley, Alan Mulally, John Maxwell of the world to buttress my point, instead, we will be speaking to reality. There is no greater definition of vision than what is unfolding right now in Kwara State.

Kwarapreneurs– a non-interest loan scheme for young entrepreneurs in the state represents an ambitious vision of Governor AbdulRahman AbdulRazaq to raise a new generation of successful young men and women. Anchored by the Kwara State Social Investment Programmes (KWASSIP) office, a minimum of 300 successful applicants will get a loan ranging from N350, 000 to N3, 000, 000, or as their business may require or manage, while also being trained on business growth and management to become sustainably empowered.

Arguably the best ever seen in the state, many patriots have since lauded the initiative critically on the strength of reducing unemployment and fostering economic development. Some have further venerated the repayment scope which includes three-month moratorium and a long twelve-month loan completion plan. The amount of money to be given out to individuals is also singled out. Whereas many could have been covered under the scheme, analysts and development experts agree that having fewer beneficiaries who can be hugely supported and become sustainably empowered is better. 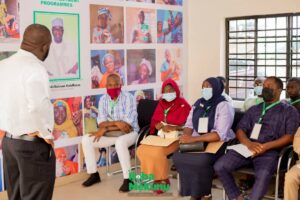 However, that is not all there is to the scheme and could not have been. On the deeper study of the programme, there is an inherent ideology to engineer a social change to youths engagement and empowerment in the country. In the ongoing selection process, 26% of the participants are female. While there is room for improvement, this is clearly an update on what was obtainable. Not only in leadership, young women have never been this encouraged as beneficiaries of government programmes on business in the North Central. It all boils down to the enabling environment. It continues Kwara’s resurgence as the home of opportunities for girlchild in Africa.

The other point in the process is transparency. The prevailing atmosphere of hope and optimism among youths across the state is not trivial. It is the realisation of possibilities in growth and development. Never have Kwara youths been lazy or useless, many years of neglect and lack of vision for growth at the top level accounts for the little progress and seeming pessimism. No one would not doubt himself if he had to constantly fail to survive due to cronyism and subversion of justice in allocation of public resources. On more than three occasions now, the EndSARS crisis; teachers’ recruitment; and bursary disbursement; the AbdulRazaq administration bears the same pattern of fairness. Among other things, Kwapreneur has come to engender public trust in government with its mode of operation. It is one thing that must endure to curb social apathy.

Through Kwapreneurs, Kwara is also leading advocacy for peacebuilding and healing of the nation after the EndSARS protests and all the accompanying social disorder. Identifying the implications of youth restiveness, policy experts have intensified campaigns on the need for equitable distribution of resources as it is vital to harmony. Aside from being the biggest investment in young people’s business since the historic moment, it sits clearly as a scheme genuinely thought out to give everyone a fair platform to show their skills and talent within the available funds so far they are capable. No one could be said to be denied access based on who they are or where they come from. It is particularly inspiring that Agriculture polled the highest in the top five sector distribution with 33. 4% alongside Fashion 10.1%; ICT 6.7%; Commercial/Retail 6.6%; Business Management 4.9%; and others 23.6% of the 7, 203 applicants. The demography bears renewed interest in Agribusiness and ICT by Kwara youths due to the prevalent atmosphere of support and freedom of economic expression and expansion. 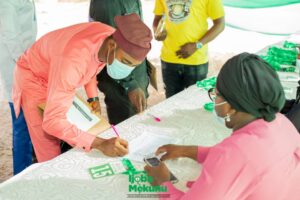 In the recent past in the state, the mode and method of empowerment were crude, wasteful, discriminatory, and deliberately limiting. The best practice was handling able-bodied youths sewing and grinding machines, bicycle and tricycle to venture into commercialization without recourse to their knowledge, passion and ambitions. As is characteristic of unsustainable ventures, the materials were usually sold cheaply before they fell back to a messy lane beaten, frustrated, and dejected. With Kwaprenuer cutting a difference with an option for business of choice, youths are being encouraged to explore creativity and innovation to their level best for personal and state development. Such subtle message of reorientation, when viewed critically viz-a-viz the establishment of Ilorin Innovation Hub and the Digital Kwara programme, reveals a big, wide vision to position Kwara as a leading state for self-development and innovation in Digital Media and Technology in near future.

Kwaprenuers is equally the right scheme to promote values like honesty, dignity of labour, and industry. This is hugely invaluable at a time many young people are foraying into internet frauds to make ends meet. To localise the implications, it was a lack of regard for these socio-cultural values that left the state broken and insecure at many times in history. For instance, at the belly of the spate of hooliganism and electoral violence including the famous Offa robbery that cost 33 previous lives are inherent executive support for rascality. The height of it was that they were paid more than could be imagined, including being sponsored on Hajj and vacation at the expense of public interest. If history is meant to be studied, what Kwaprenuers emphasises to the populace is that a state is designed after its leaders.

Kwarans, especially the youths, can tell the difference now. On his avowed mission to rebuild the state, AbdulRazaq has clearly proven that youths development is at the centre of it. Nothing makes the whole thing a lot more fascinating than the fact that you do not need to have any special affiliation to benefit. That is the change we voted for.