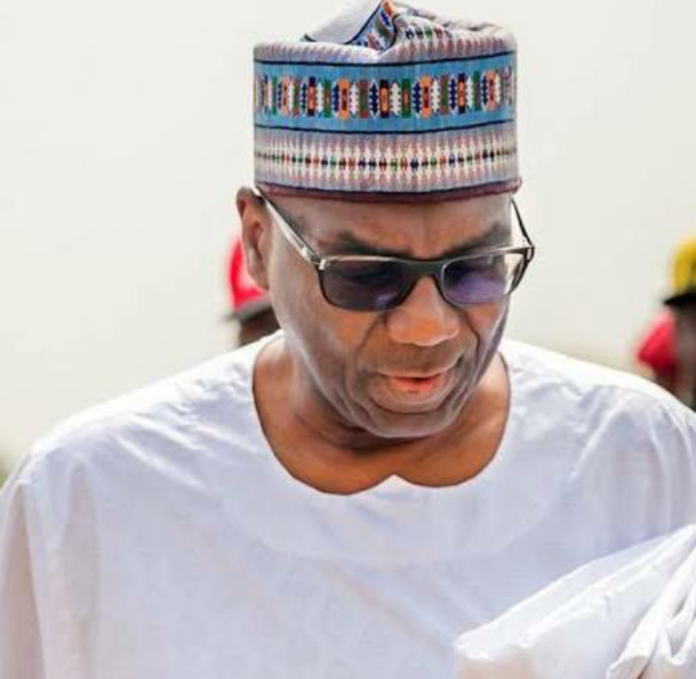 It’s been two years of glory, two years of steady progress and a clear departure from the inglorious past. The Administration of Governor AbdulRahaman AbdulRazaq assumed office at a time the people of the state were in despair. It was a time when civil servants in both state and local governments were owed salaries for several months.

Some civil servants became beggers on the streets and motor parks because they were not credit worthy in the markets and grocery stores. Some women, badly affected in the service, did the unthinkable for survival while some men became commercial motor cyclists and farm labourers.

The three Colleges of Education were not spared. Workers were owed up to fifteen months salaries and they went on protracted strikes, bringing shame to a state that was once a pride of the nation.

The Universal Basic Education Commission blacklisted Kwara because the State did not pay its counterpart fund.

Public Schools -primary and secondary- were eyesore. They were dilapidated as a result of lack of maintenance by the past administrations.

Development Partners! UNICEF, WHO, Global Fund and others left the state because the state government failed to fulfil its obligation. It was a time Kwara was rated as one of the worst hit by poliomyelitis.

The Nigeria Airforce and Navy revoked their MoU with the Kwara Aviation College on training of their personnel because the government failed to honour the agreement.

Roads in the state capital, major towns and rural communities were left unattended.

All these mismanagement and neglect were going on at a time most states received bail out and when there were huge federal allocations. it was at the time a barrel of crude oil was selling above $100 in the international market.

Our exemplary Governor, His Excellency, Mallam AbdulRahaman AbdulRazaq, came to office and took the bull by the horns. Salaries of civil servants in both state and local governments were cleared.

All the salaries of workers in the three Colleges of Education were paid.

The administration has paid about N16bn in Pensions and N3bn in Gratuities for civil service retirees. The process of injecting fresh blood into the civil service is also ongoing.

The Governor, on assumption of office, also paid the UBEC counterpart fund and the state government has been able to draw about N7 Billion from UBEC for the resuscitation of the collapsed education sector. And this has reflected in the massive renovation of schools and recruitment of over 4,000 teachers in the state.

The development Partners in the health sector are also returning, having realized that there is a new dawn in the state.

At the moment, Kwara state can be described as a construction site going by the numbers of road constructions and repairs going on across the state.

The Governor was also concerned with standard of living of residents in the state especially the aged and the teeming unemployed youths. He introduced the Kwara State Social Investments programmes KWASSIP, Kwapreneur and Kwarafarm, thus replicating Federal Government programs with deeper state impact and flavour.

He has also been a champion of gender affirmative action, thus setting a record of the largest number of female appointees into the executive cabinet of sub nationals.

The Governor also has big plans for youths with the on-going construction of an Info Tech Innovation Hub and Visual Arts Center; coupled with the continuous Information Technology training sessions for Kwara youths , these initiatives will enhance the capacity of Kwara youths to secure jobs placements in the highly
competitive markets within and outside the country.

Infrastructure wise, there are many road constructions in every local government in the state. This will no doubt stem rural-urban migration and open up the state for Investments whilst giving farmers easy access to markets .

Already, BUA has taken advantage of ease of doing business in the state and is working at a frenetic pace to deliver on its multi-million dollar Sugar complex ethanol plants in Lafiaji, Edu local Government Area of the state. We anticipate the employment of thousands of Kwara youths through this massive investment.

The relative peace and security in Kwara coupled with the determination to ensure the ease of doing business is already yielding results through the enhanced internal revenue results recently recorded. The anticipated doubling of the number of airlines and frequency to Ilorin within a fortnight today is evidence of the impact of the new Administration.

There’s no doubt that Governor AbdulRahaman AbdulRazaq has put Kwara on a strong footing by rebuilding the basic foundations of a modern Kwara . He refuses to be distracted by politics and focuses primarily on governance in his determination to restore the lost glory of the state.