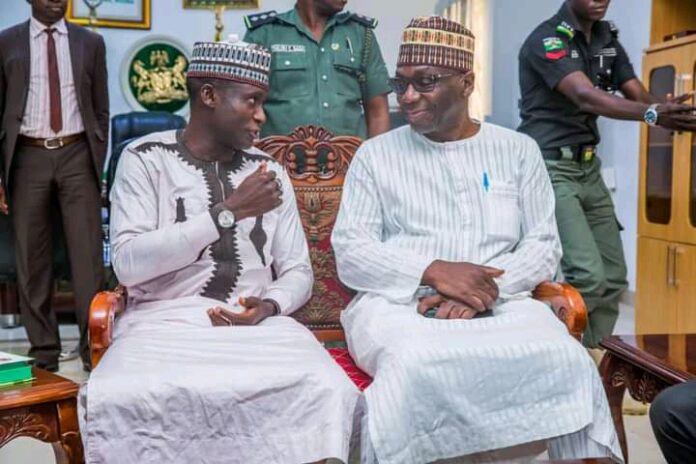 Governor AbdulRahman AbdulRazaq has celebrated the Kwara State House of Assembly Speaker, Rt. Hon. Yakubu Danladi Salihu on the occasion of his 36th birthday, noting he has justified the confidence of his fellow lawmakers in his leadership of the 9th Assembly.

The Governor commended the Speaker for promoting teamwork, unity, accountability, and commitment to a greater Kwara project, a statement by Chief Press Secretary, Rafiu Ajakaye said.

“I felicitate the Rt. Honourable Speaker on his 36th birthday anniversary. Mr. Speaker has clearly justified the confidence reposed in him by not just his constituents and his colleagues who elected him as their numero uno, but also by the #NotTooYoungToRun constituency that insisted that young people can also hold their own in public service.

“Today, despite being among the youngest, Mr. Speaker has earned the respect of his colleagues in the House. He conducts himself in the manner befitting of his exalted office and to the admiration of everyone who understands the burden of public office.

“I pray the Almighty Allah to continue to bless and guide the Rt. Honourable Speaker on the right path as we work together to deliver a better Kwara. I commend him for the historic achievements and glaring impacts he has made on his people, and urge him not to relent in his efforts, along with other stakeholders, for a better state and especially Kwara North senatorial district.”