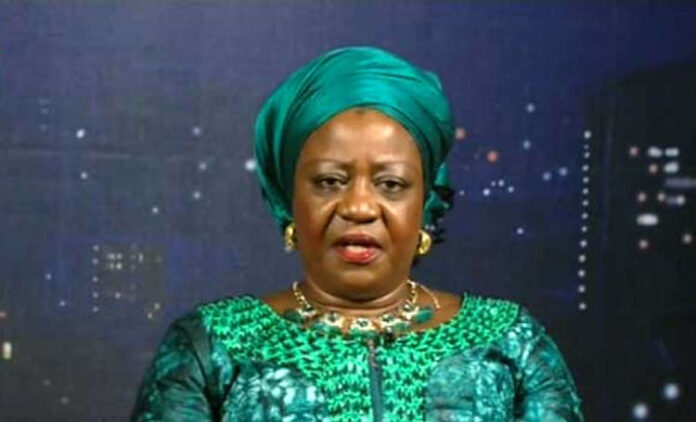 Two Non-Governmental Organizations (NGOs) have said that the nomination of Mrs Lauretta Onochie as the National Commissioner of the Independent National Electoral Commission (INEC) representing the South-South geo-political zone is unacceptable.

In a statement signed by Abideen Olasupo for the NGOs, Brain Builders Youth Development Initiative and YVote Naija, Mrs Onochie who is a political appointee (Senior Special Assistant to the President on Social Media) was described as unfit for the role.

“A person of her standing, affiliated with the All Progressives Congress (APC), should not be a national commissioner of an independent electoral body,” the groups argued.

“The Constitution of the Federal Republic of Nigeria, 1999 (as amended) stipulates that persons with political affiliations cannot be nominated as National Commissioners. Section 156(1) states that:

“Also, in Item F, paragraph 14 (2) (a) of the third schedule of the 1999 Constitution of Nigeria forbids a politician as a member of INEC. It says:

“A member of the Commission shall be non-partisan and a person of unquestionable integrity. Mrs Onochie is not only a card-carrying member of the ruling All Progressives Congress (APC), she has also displayed her partisanship on social media and in public gatherings. Her nomination is a violation of the constitutional requirements and must be rejected.

“YVote Naija calls on the Senate Committee on INEC to reject this nomination and uphold the Commission’s integrity and respect the constitution. We also recommend that nominations must fulfil all constitutional requirements before the Senate approves them.”