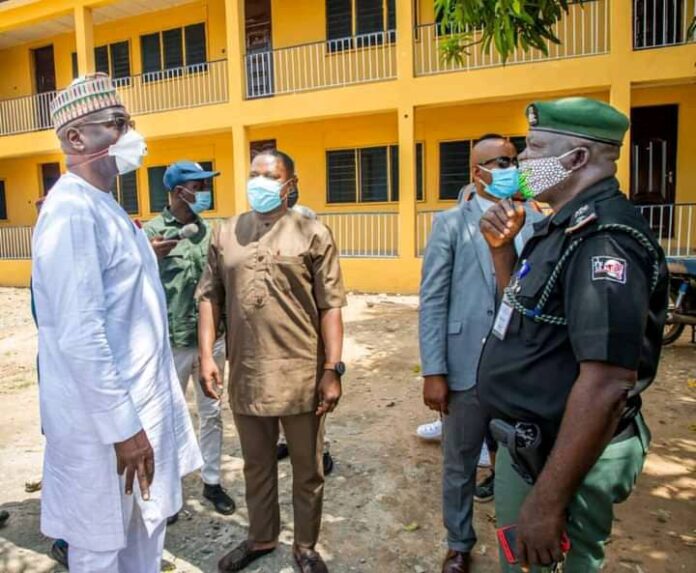 The Governor said it is a step meant to make the security agents more comfortable and boost their morale to continue to protect lives and properties.

He added that it will also complement his administration’s provision of vehicles and other gadgets to strengthen the security architecture, thereby supporting the efforts of the federal government to secure lives.

Speaking over the weekend when he visited the barracks of the mobile police in Ilorin where the administration has almost completed the phase one of the renovation, AbdulRazaq said the next phase would include the renovation of Area ‘A’ police division and provision of other amenities for quarters inhabited by cops.

The Governor meanwhile has appealed to monarchs to continue to work with the government on security and peaceful coexistence in their domains.

He said the administration is cooperating with Abuja to stem the farmers-herders’ crisis through various initiatives, including the National Livestock Transformation Programme (NLTP) which he hopes would help settle herders in one place.

“We are aware of security challenges in Nigeria and Kwara State is one of the safest in Nigeria. We recognise the contributions of our traditional rulers and security agencies. They have been able to work together to build strong security network,” he told reporters after the meeting with second and third class monarchs from Kwara South Senatorial District.

“We had an interaction with our second class and third class traditional rulers who are much closer to the people and the agenda was how to mitigate the effects of the crisis around us, especially the fallouts of the migration into the state.

“We are engaging our traditional rulers to talk to the people on how to manage the relationships between various economic groups in their communities in collaboration with the government.

“We need to avoid crisis that could lead to food insecurity in Nigeria. We do not want our farmers too to be displaced because of insecurity. So, our discussion is on how to have better security and how to manage ourselves and create avenue for dialogue and how to reduce conflicts.”