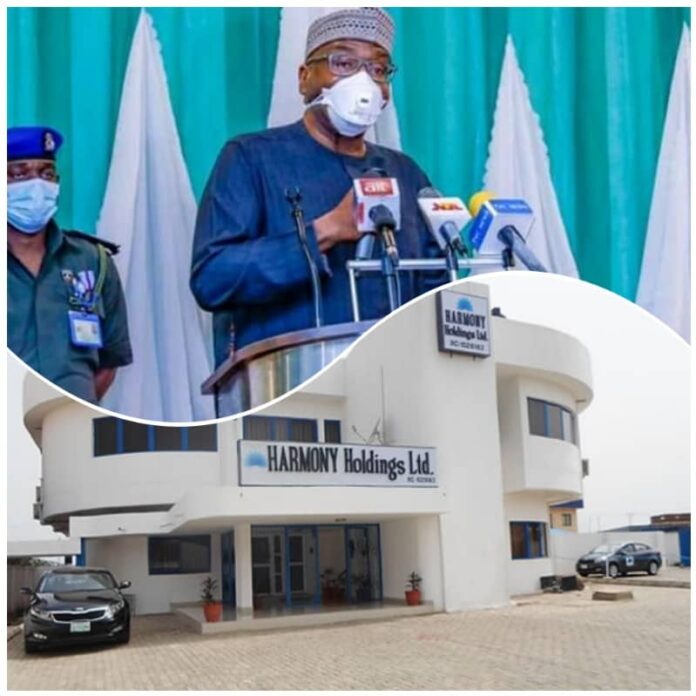 Kwara Express is one of the iconic projects that has over the years placed Kwara State on the map. Just like Kwara Hotel, Esie Museum, Amusement Park, and a host of others. It’s therefore understandable that the general public has been showing keen interest in this establishment bequeathed to Kwarans by their forefathers as it has been of immense benefit for Kwarans and non-Kwarans alike.

Kwara Express has, no doubt, witnessed the good, the bad and the ugly. Once upon a time, the transport company was the darling of every traveller because of the reputation it has built for itself over the years, especially in terms of affordability, security, trust and low record of accidents. It was however unfortunate that the mass transit became a shadow of itself due to some maladministration and missteps that happened in the past.

The transport company started losing public confidence sometime around 2011 when customers were faced with huge disappointments and dissatisfaction. The Business Review and Investigative Committee (BRIC) on Kwara Express said there were some deliberate actions of sabotage and acts of sheer negligence by the previous handlers that led the company to the doldrums. Otherwise, with the resources available to Kwara Express and the huge patronage it received from compatriots, nothing stopped it from being a cash cow to the Kwara State Government. That was however not the case until the company was run aground.

There are records of how the past management of HHL took decisions on Kwara Express with unmitigated political interference and poor discretion. Ditto, the transport company benefitted from various infrastructure financing schemes; nevertheless, ineffective cost structure and huge leakages in the system eroded the potentials of those financial lifelines that the company obtained.

Cheeringly, the present portends lots of goodies and bounties. Harmony Holdings which is the parent company of Kwara Express under the Governor AbdulRahman AbdulRazaq led administration has been making some bold steps to put the state-owned transport company back on its feet and in fact take it to glorious heights. In this regard, three periodic plans are in the pipeline for the making of a new Kwara Express. The short term plans, the mid term plans and the long term plans.

As part of the short term plans, the BRIC committee chaired by Comrade AbdulRazaq Hamzat, a young Kwara-born change agent was inaugurated to do a proper and thorough audit of Kwara Express. Though the committee faced lots of frustrations, it was able to deliver on its assignment. The shortcomings of the past were identified and are being corrected.

A major albatross of the old Kwara Express was the staff who failed to see the company as a business enterprise but as a regional cake which they cared less about and readily gamed. This of course brought about inefficiency, lack of productivity, indiscipline, pilferage, sabotage, among other factors that inhibited the progress of the transport facility.

The GMD/CEO of Harmony Holdings Limited, Mallam Abdullahi Abdulmajeed therefore embarked on a staff rehabilitation exercise which separated the wheat from the chaff, as staff that are ready for the sacrifice and huge tasks that lie ahead were retained; others were transferred back to the ministry, a move that had been publicly applauded as compassionate because no one had to lose his job.

The retained staff are now undergoing series of trainings preparatory to the reopening of the facility following approval by His Excellency the Governor. The management of Harmony Holdings is organizing retraining, reorientation and capacity building sessions for Kwara Express staff, featuring experienced facilitators who have been walking them through issues around attitudinal change, ideal management, customer relations, corporate governance, performance target and lot more. It is expected that these reorientation and capacity building sessions will have positive impacts on the staff and in turn boost their productivity with fruitful gains for the business.

By dint of hardwork and a mindset of rewriting the narrative, the Abdullahi Abdulmajeed led administration of Harmony Holdings through the support of Governor AbdulRazaq has put in place a new structure to serve as the Passengers Service Terminal. Simple and classy, it’s an edifice to behold. Our customers will no longer be loitering around while awaiting their traveling turn, they can always seek refuge in the terminal. Customers are Kings; the new Kwara Express will treat them as such in every sense of the word.

Also, to ease payment and plug leakages in the system, technology-driven fleet solution has been put in place. By this, we are sure to recoup the investment put into the company and our business partners can have a rest of mind. More so, our customers can at the comfort of their homes, offices book a trip with Kwara Express. We are dancing to the tune of modernisation and the 21st century.

As part of the short term plans, there are now on ground overhauled vehicles that have been refurbished for starters. Subsequently, under our mid term plans, we hope to take delivery of a minimum of fifty (50) brand new vehicles no later than six months after reopening. This will go a long way in enhancing comfort for our esteemed customers while guaranteeing a smooth ride for our drivers.

Moving forward, there are also other mid term and long term landmark innovative concepts and developments upon which Kwara Express will be transformed to a modern, state-of-the-art transport facility. For instance, there’s a plan to open up modern terminals across the country for Kwara Express, just as the company will venture into full time haulage and logistics services in the mid term.

For the long term plans, Harmony Holdings will collaborate with the Kwara State Government to designate the Kwara Express park as the state ultra modern Travellers Terminus.

When fully implemented, these steps will open up the economic space of the area, Ilorin and indeed Kwara State.

The overall aim of these innovative ideas is to make Kwarans proud of one of their own while placing Kwara State once again on the map. Same plans are in the works for Kwara Hotel too. What we need from Kwarans is a show of support, love and prayers. In the end, we’ll all be better for it.

Kwarans should once again identify with Kwara Express through patronage and marketing, as it’s about to kickstart operations in due course. Together we can!