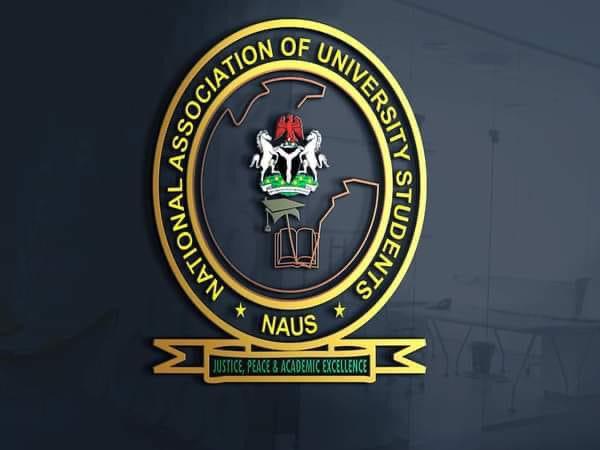 National Association of University Students, National Headquarter has organised a solidarity protest seeking justice for Blessing Omowumi Olajide, a 300level Agricultural Science student of the University of Ilorin, who was reported to have been gang-raped and murdered by some set of young guys in her off-campus residence. 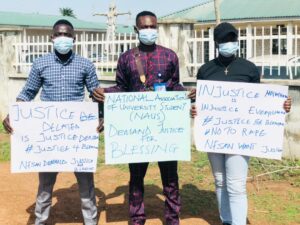 The association charged the court to allow justice to prevail in no time and bring the perpetrators to face the wrath of the law.

The lawyer, Anthonia Erinfolami-Daniel Esq, who led the solidarity protest, disclosed that the association would not tolerate further delay.

In her words, she said, “justice delayed is justice denied, “for this reason, we give zero tolerance for delayed justice” 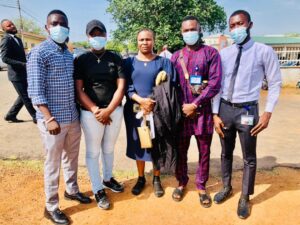 The treasurer of the association, Comr. Damilare Kuti charged students across the state to maintain calm and reassured them that the accused would not go unpunished if found guilty.

“We are moving with full capacity by July 6, 2021, if justice doesn’t prevail,” Kuti said.

The eight suspected rapists were today arraigned before the court, but three were not legally represented, which made the case to be adjourned to the 6th of July, 2021.