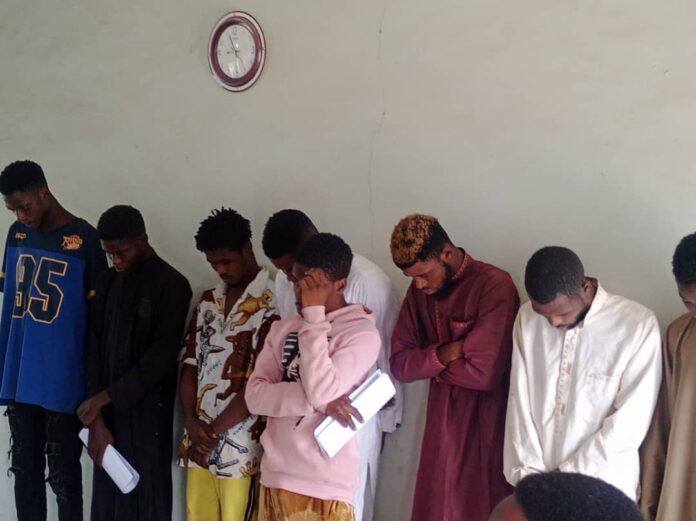 Eight persons suspected to be connected to the rape and murder of Ms Blessing Olajide, a 300-level Agricultural Science student of the University of Ilorin, Ilorin, have been charged to court on Wednesday.

The late student was brutalised, raped and massacred at her Tanke residence in Ilorin.

The court session was presided over by Justice Yusuf Ibrahim of the Kwara State High Court, Ilorin.

They were arraigned on an eleven-count charge of conspiracy to commit crime, theft, rape, receiving stolen goods, and culpable homicide.

The hearing was however adjourned till Tuesday, July 6 because three out of the eight suspects do not have legal representation.

The judge directed that the suspects be remanded in the Mandala prison facility in Ilorin, the state capital.