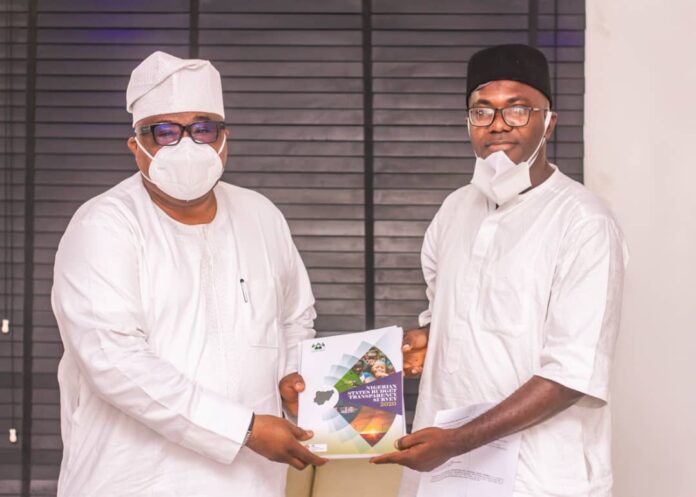 Kwara State has climbed up in the subnational ratings on budget transparency, participation and procurement processes over the past two years, as the state ranked third in the north-central region barely three years after it came last in the same ratings.

The development was made known in a report tagged, ‘Nigerian Subnational Budget Transparency Index 2020’ put together by the Grassroots Development Monitoring and Advocacy Centre.

Presenting the report on Tuesday in Ilorin, the state capital to the Deputy Governor, Kayode Alabi, GDMAC Kwara State Researcher and Executive Director, Tunde Jimoh, said Kwara State is now classified as one of the states in Nigeria with moderate to substantial budget information available in public domain.

“In 2015, Kwara State was placed among states that provided scanty information and minimal opportunities for public participation in the budget process. In 2018, the state recorded a marginal increase in its overall Budget Transparency Index from 8 (in 2015) to 10, and ranking from 34th to 32nd position,” the Executive Director said.

“The survey collects cross country data on public finance management (PFM) key-value chain to analyse how transparent, open, and participatory budget and procurement processes are at sub-national states level in Nigeria. In the end, data collected were computed for all the 36 states and evaluated to see how much budget information is provided, spaces and mechanisms for public participation throughout the budget process, and how robust and transparent the procurement process in the states.

“Unlike in the two previous editions of the surveys (in 2016 and 2018), Kwara State’s performances on key parameters have improved above national average across some of the sub-indexes. In fact, Kwara State now ranks amongst the top performing states in the overall Nigeria’s Subnational Budget Transparency Index 2020 Report.

“We are convinced that the positive shift in the budgeting process in Kwara State in the last two years speaks loudly of plausible stewardship of Mallam AbdulRahman AbdulRazaq in opening up the State’s budget process. More importantly, the introduction of social audit was benchmarked as a good practice to mainstream citizen’s inputs into budget execution which was recommended for other states to emulate.”

Jimoh, meanwhile urged the administration to do more to open up the budget process.

“More importantly, we would collaborate with the government to sustain the reforms in the finance management beyond the States Fiscal Transparency, Accountability, and Sustainability (SFTAS) disbursement linked indicators,” he noted.

On his part, the Deputy Governor said the administration was glad to have made noticeable positive progress in the area of inclusive budget, transparency and accountability.

“We are glad to have turned the page for good in these critical areas, and we will endeavour to look into the recommendations of the report to set new records for the larger interest of our state,” he said.

“We are certainly not afraid of accountability which is our watchword. We will continue to do our best, one step at a time, within the realities of our political environment and evolution of our democracy.”