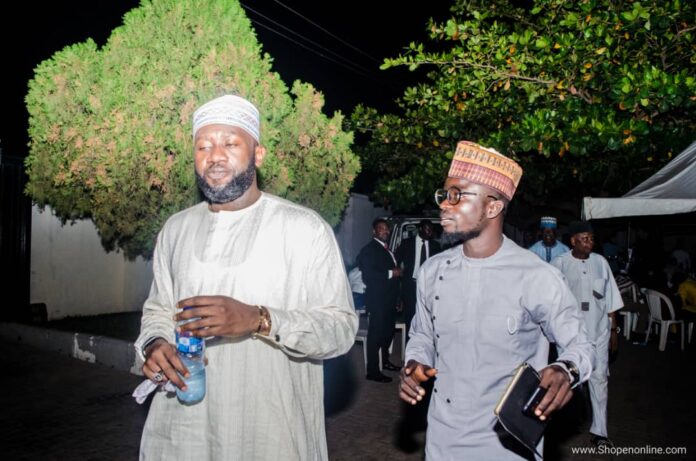 Alhaji Sheriff Shagaya, Chairman Salman Shagaya Foundation (SSF), is a model businessman and philanthropist. His contributions to the development of Kwara are well documented via the many pro-people programmes of his foundation to relieve and empower the poor including youths, petty traders and old people. From the Central to the North and down to the South, there is no district with no traces of his philanthropy. It is on record Shagaya did the biggest solar project in Kwara and arguably North central. He also ranks visibly as the most consistent and one of the biggest promoters of trade and commerce in the state through the quarterly relief money scheme SSF launched in 2015 that has now benefitted directly more than 7,000 people.

I have written and will continue to write about the impacts Sheriff Shagaya makes in taking development to the remotest parts of the state. However, I decided to put a pause to that today and recount in the spirit of his birthday, my observations of his person, and the lessons I have taken in two years of serving as the organization’s mouthpiece.

Hard work: Contrary to the impression of many on affluent people like him to be given to enjoyment and easy life, Sheriff Shagaya is a workhorse. 8 out of 10 of his calls is a business call. On the surface, he started and runs at least 3 big businesses. But he does more than just these to bear Shagaya, the billionaire, instead of the son of billionaire’s tag today. He sleeps very late, if at all, and wakes with the cock crows. At least one hour with him is enough to know why a 41-year-old who cut his teeth in the oil sector barely 15 years ago is now one of the biggest partners to one of the world’s seven oil and gas companies.

Fidelity: When I try to claim that Shagaya is a different breed, people look at me in disbelief. Why would I change my stance? This is who he is. If Sheriff promises you something: job; contract; or donations; by Allah, nothing will stop it. He is such who live by an unwritten dogma that words are powerful, and a man should be enough to bear his name. In close to five years of dealing with politically exposed persons, I have experienced firsthand how some act on emotions or circumstances. However, if Sheriff pronounces he will give you something or promote or protect you, nothing you do or say badly of him will reverse it, you will get that one as due, only another you do not deserve. He’d not say it if he won’t do it. 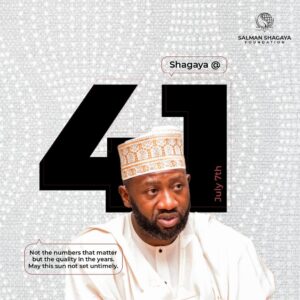 Philanthropy: Quite a lot of people don’t believe this too, but half of what Sheriff does are not in the media. What is seen or heard about are little of what he does for the people. For a start, he’d not be heard for years if the decision is left to him. In the case of inevitability, he’d ask them to keep things away from me to prevent the urge of writing about them. Some other times, he’d ask them to tell Egghead not to come along. He is such a big-hearted person with no intention of courting attention.

Family ties: Some who are not as rich and well-travelled as he is have made visiting and spending time with their families a taboo. Not Sheriff, the oil magnate. There is no time he comes home without going to his maternal and paternal sides to greet the elders and attend to their needs. Yet, it is not unusual to see some big men living large and mighty in the eyes of the public but with no impact on their people. As in the saying of charity, they say, begins at home, he starts everything he does at home. He shares gifts with the elders and sits with the little ones. Sometimes it is not money that matters, what touches others are small acts of humility and kindness as identifying with and respecting them.

Benevolence: You will work for some people for years. You will have nothing to show for it. While no one truly owes the other anything, benevolent and kind bosses look out for their follower’s progression. That is who Sheriff is. Perhaps because he is godfearing. You are either starting a business, going to hajj, or going to school, but you will not be going to nowhere working for him. He believes that we rise by lifting others. He is a benevolent boss.

As he celebrates his 41st birthday today, I felt I should point out a few things that may inspire you as a young person and guide you in your dealings with colleagues and subordinates. Shagaya is already a great man, we are just counting the years of his excellence. May this sun not set untimely!