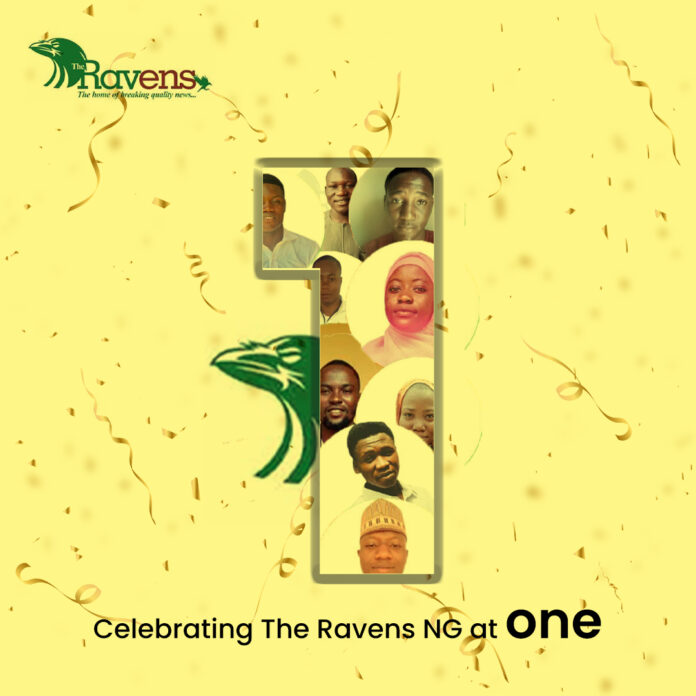 Abdulwahab Tajudeen had arrived at my place as it was his daily routine when I was just fresh out of hospital on a particular day.

He came with him a pen; carrying a pen with him isn’t Taj’s. I was surprised, but then, I knew there was going to be a serious discussion. Guess what the discussion was! You guessed right; The Ravens NG. My reaction? You wouldn’t believe it! I applauded the initiative. In fact, I was ready to be the sports editor for the outlet. However, you’ll be shocked to know that I told him point-blank that I wasn’t going to let my involvement in Ravens NG be ostensible. You know, I sometimes like “ghost working”.

Indeed, I had a genuine reason to had told him such; of course, I was, and I’m still the sports editor of the leading online media outlet in Kwara state -The Informant247. But hey, I’ve got to do anything for “Smart”. We had an agreement on how I was going to be working. I would love to tell you, but never mind!

There birthed The Ravens NG. We started on the front foot. Almost every Kwaran were looking out of us. We never disappoint. It was rosy. Ravens NG crew members were seen as resolute young people. We were getting nothing, even a dime, but the zeal was on top of the earth. We “choke” people with news as it breaks. We asked around, “who dey breet?” No one! Absolute no one! Except The Ravens NG.

With the mixture of hypocrite and objectivity, we were labelled as a news outlet for Kwara state Government. Jesus! Before we could tackle it, it was everywhere. We were in soup – nay, in hell.

To clear the air of the unfounded assumption and also forestall our credibility, we tried to explain to those who were objective enough to confirm whether what they obtained from the grapevine was true. Grapevine, I said? No. It was a deliberate attempt from some people.

Hence, we adopted a carrot and stick approach. If you’re ready to ask us of the truth, we do well to intimate you. If you want to use the rumours against us, we give it to you – hot, spicy and deeply. After all, we were on a mission to “choke” every news reader.

It wasn’t funny how some people would mention an Ajakaye or a Solace, whom up till this day I have never shared a table with. Either of them, of course (even though sharing a table with any of them shouldn’t be a hard nut to crack for me). You may want to ask yourself too; how then could I be working with/for people I don’t know? But since we were busy asking for “who dey breet” so that we can “choke” them with news, some people were busy disseminating unfounded rumours against us. Wow! 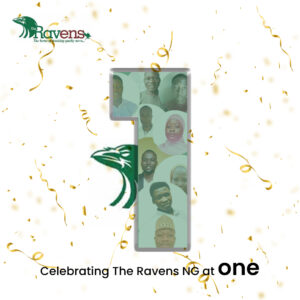 Well, those are all bygones. We’re here today, kicking, splashing and shining with the tag “The Ravens NG”. Today certainly is historic. We’re a year old. We’re not just a year old; we have cemented our place on the pedestal of frontliners in media journalism across Kwara state. We have now become a force worth reckoning with!

Our dear readers, let me assure you that; whatever we might have done in the last one year which has made us partners in progress, we shall do more for you – henceforth. To the rumour mongers, you’re not our enemies but motivators. You motivate us to do more.

To The Ravens NG’s crew, from the publisher, Abdulwahab Tajudeen, the Editor-in-Chief, Abdullahi Abdulganiy, Mohammed Saheed Osioyemi, Shehu Kayode Suleiman, Sulaymon Ruqqoyyah Abidemi, Olugbade Nimattallahi, Shuaib Habeebullah and Sulyman Usman, I say a big congratulations to us. For in the last one year, we’ve been the biggest online news outlet in Kwara. Cheers!

On a final note, I’m certain that everybody who follows The Ravens NG closely knows that we’re just young guys with talents and tenacity; it will only be proper if you do business with us. Adverts. Sponsors. Collaborations from all of you will shape and help The Ravens NG going forward.

Yusuf Mutiu Olaitan is a footballer, final year student of the University of Ilorin. He’s the National Association of Nigerian Students Kwara state Axis. He’s the Sports Editor at The Ravens NG. He’s the best student sports journalist in the whole of Nigeria. Friends and Enemies call me Sturaro.