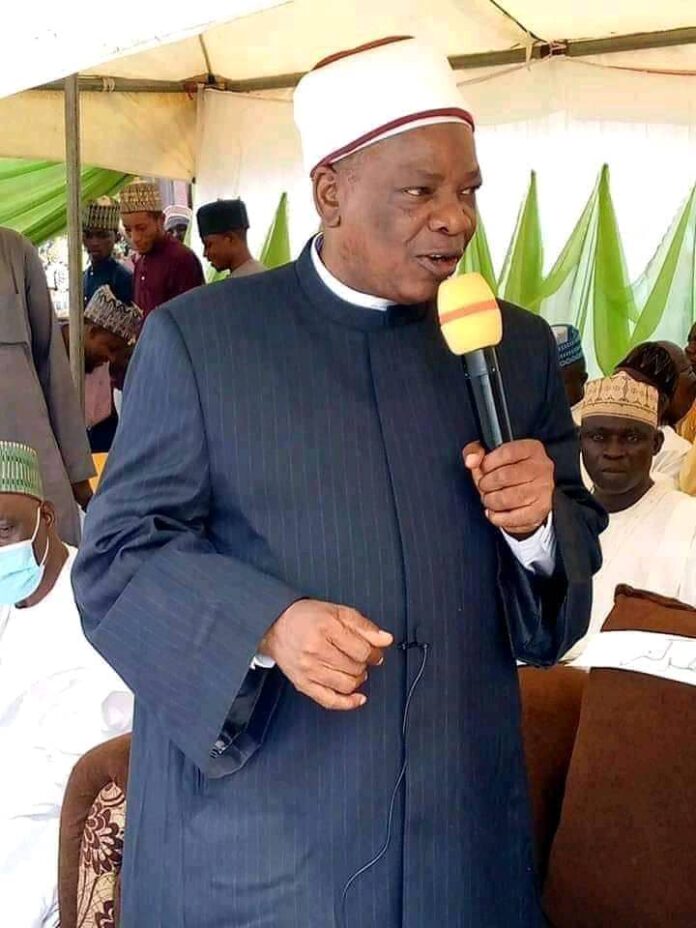 Sheikh Habeeb Adam el-Ilory, the Rector of Markaz Agege, Lagos, has condemned the political showmanship that was on display recently at the grand Eid prayer ground in Ilorin.

According to him, “there is no place for thuggery and political showmanship at Eid. It is unacceptable, and people must desist from such practice.”

The Islamic scholar made this comment at a gathering for the one-year memorial prayers for the late AGF AbdulRazaq (SAN), who passed away last year.

The one-year prayer, held at the sprawling family house of the late sage at Surulere Ilorin, was attended by creme de la creme from across the country, hosted by his first son and the new Mutawalle of Ilorin Dr. Alimi AbdulRazaq and his siblings.

The Chief Imam of Ilorin led the prayers for the late sage and the family, beseeching Allah to continue to be with them.

In his sermon, Sheikh Habeeb described the late AGF AbdulRazaq as a pride of Nigeria and a phenomenon that life throws up only once in a century.

He urged his children not to depart from his path, especially his patience, commitment to education, humility, and love for humanity and development.

The Markaz Rector emphasised that the character some people put on in the last Eid-ul-Kabir celebration in the name of political showmanship was not proper.

“It was disruptive and condemnable. The implication of such was that we were disrespectful to the Almighty Creator, the Prophet and concerned authorities. This act is not acceptable in a predominantly city of Islam like Ilorin. What God mainly requires from us to fulfil at the Eld-ul-Kabir celebration is the fear of Him we carefully exhibit on our way to and return from the prayer grounds. I am not a politician, but a cleric and clerics are not expected to be partisan politicians. This is the truth, whether we like it or not. It is not about hatred against or love for anyone. It is about saying it the way it is,” he added.