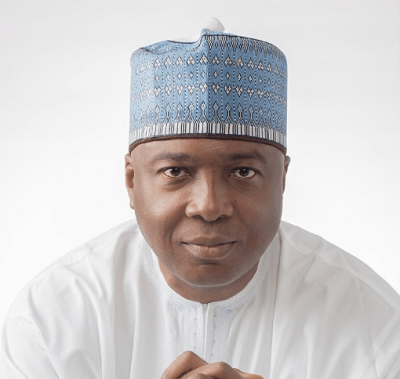 Now, let’s come back to them, the politicians, who obviously would love to set the Ilorin emirate in flames just to prove a point. One of them is Mr Wahab Oba, the spokesman to ex-governor AbdulFatah Ahmed. We need to beg him to spare our beloved emirate from their macabre politics.

This treatise becomes apposite, after he released the latest of his dolorous articles on Sunday, and he passed all the lines of decency. It is such that can undermine the peace and unity of the Ilorin emirate and throw the city down the dark, gloomy days of the _Gbosa_ era, if care is not taken.

We have been there before. The politics of propaganda. And we can not afford to fall for it again. So, when Oba came out to parrot that Governor AbdulRazaq is fighting the emir, citing the cancellation of Durbar 2021, he is not only being mischievous, but preparing us for what to come. They will soon be coming out firing on all cylinders to cause division between the emir and the governor; people and the government; turning the city into a theatre of violence and unrest.

I am sure we all remember the pattern vividly. To oust late Governor Lawal from power, the deluge of strategies they used. The first was propaganda. The second, violence. The reasons for this are simple. On number one, they wove a narrative that he hated and wanted to remove the emir and return Afonja kingship using one of his brothers. The people, out of love for custom and heritage, bought the lies and turned against him, the misrepresented hero. For the other, they armed a retinue of thugs and unleashed them on his followers. Whenever there were incidents of this kind, they’d drop cutlass, cap, or vest inscribed with ‘Up Lawal’ to deceive the public into believing that his people were causing unrest. Ilorin people loved peace to a fault, they could not stand a government supposedly promoting unrest. And that was it. The people, with a mind that they were defending their emirate and seeking unity in the city, revolted against the messiah and installed the dealers as their Lords and Saviours. I am sure everyone remembers where it led us before O’to ge came in 2019.

So, if anyone disagrees with the decision of the Governor to cancel Durbar 2021, after all, this is New Kwara where criticism is not a death wish, it must not be on the most unpatriotic ground to relegate peace and unity of the Ilorin emirate just to advance Saraki’s political agenda, by planting discord between the royal family and the ruling governor. This is what Wahab Oba sought to do with his article ‘AA and the assault on the Emirate.’ And this is what every Kwaran of conscience must resist.

In a bid to shove the narrative down the people’s throats, he started with a blatant lie on the state of COVID-19 in the state. Mr Oba said that the Governor should have cited COVID-19 related issues, Instead of security concerns, as grounds for cancellation of Durbar. This is an expose on his intention to accentuate a political point, instead of agitating for the happiness and safety of the emirate and the people as he postured. Contrary to Oba’s claim, in a bid to outsmart himself and teach the Governor how to lie like his master, Kwara has never been a ‘state of interest’ in the resurgence of the virus in Nigeria. Before Sallah, the six states put on the red line by the FG were Oyo, Rivers, Kaduna, Kano, Plateau, Kano, and the nation’s capital, FCT. Where did Oba see Kwara and why did he want the Governor to lie? It is the insensitivity of privileged people like Oba, the fight against COVID-19 has been terribly difficult, due to their fake news and misinformation.

He feigned ignorance of the fact that Kwara Government was the biggest financial contributor to the event with the sum of 35m. He recoiled from reality that neither the emir nor other well-meaning contributors can pay the price of a single life if lost. But for Oba, the points that lives and properties were at risk do not matter as the money petty traders could make. He’d rather want them to die or lose loved ones in front of the emir’s palace than not attending Durbar. I am sure he is not speaking their minds. The people will appreciate the one who didn’t put them in the jaws of death to score political points. We should understand if Mr Wahab Oba doesn’t understand this. He served in a government which didn’t not know how to take responsibility and a leopard can never change its spot. When he was the CPS to Maigida, they exposed Kwarans to death on many occasions including the incidents at Ile loke and robbery in Offa town where many women and young people died. If it were in a country where people do not forget, the man who was commandeering the media to kill the reports of their hardship will not have the effrontery to interfere in public discourse due to shame. But was he not just telling AbdulRazaq to expose Kwarans to death again?!  Shior!

Seeking to launder Senator Saraki’s image and parrot his political resurgence on a fabled show of love for him at eid praying ground, he authored a piece Kwarans will reference a lot going into the 2023 elections. How? Oba attempted to stand the truth on its head and they shall resist him. He is taking the people for a ride with the insipid comparison of the Maigida-Saraki era to the one they struggled to make. He claimed that they are regretting that decision today. That is vintage Oba insulting the people, warts and all, to put to fore his rabid indignity of their plights during their helm.

If they were not in exile, I am sure both Maigida and Saraki would be aware that water runs in this city today. The pensioners, who were perpetually on the streets, are now receiving their entitlement and allowances with ease. The youths they turned to urchins, instead of making into leaders, are becoming sustainably empowered through Kwapreneurs. Indigenous contractors are being given a lifeline with state projects. The elites Saraki always wanted to prostrate before him to get favours are getting appointed nationally and globally without bowing to subjugation. And how dearly I feel that a sensitive writer would not have invoked the spirits of the sunset teachers in that article. Or how best could he remind the people of his government’s acute incompetence and balkanization of basic education? The sunset teachers debacle signposted the era of impunity.  The peace that Oba desperately wants to undermine with that article, just returned to AA’s credit. It was their government that incentivised thuggery and hooliganism in Kwara. One is beginning to see clearly that may be what they want back when they wanted Durbar to hold by all means. They failed.

The allegation that Emir of Ilorin Dr Ibrahim Sulu Gambari is fighting with Governor AbdulRazaq is dangerous and grossly irresponsible. That is Oba politicising the stool of royalty. Wahab Oba is claiming that the emir of Ilorin doesn’t support the Governor but someone else. It doesn’t matter if the emir just bestowed on his brother, Dr Alimi AbdulRazaq, the prestigious title of Mutawalle of Ilorin. Oba is telling the public that the Governor and the emir don’t see eye to eye. Even if the emir publicly praised him at Bareke two days ago. Is that true?

You can tell a rabid liar yourself. This is why every Ilorin son and daughter need to rise in unity and call him to order. While it is their right to love Saraki and want him in power, they must never be allowed to use the respected tool as bait of politics or else they will put everyone at the mercy of unrest again. Do we have another home to call our own? The emir and the Ilorin emirate is bigger than any agenda and Wahab Oba and his fellow conflictpreneurs should take caution.

The whole saga has taught two practical lessons about democracy and governance. One, democracy is ruling in the interest of the majority. Two, a good government must be able to make hard and unpopular decisions when necessary for the love and safety of the people.

This is where AbdulRazaq has proven a difference again. He made a clear decision to avert death; avert national disgrace to the emirate if calamity had happened; protecting lives and property. Nobility is truly beyond holding a title, it is in the blood.

Going into 2023, people must be on the lookout for and resist politicians who will betray our rich history and prestige for peace and unity for mileage. They are desperate. They are capable of throwing the emirate into fear, chaos, and unrest thereby endangering peaceful coexistence. They did it in 2003. They can do it again.

The good thing is Oba just bell the cat. Thank you, Oba. Kwarans shall be watching you.