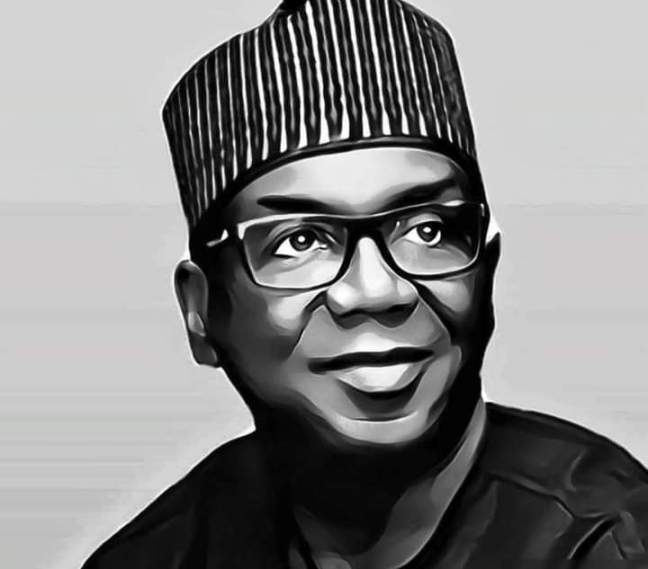 On that fateful afternoon, lunch time break, at the NYSC Orientation Camp Katsina, I was having indepth conversation with a mate ‘White Fowl’ (A slang to describe a corp members at the Orientation Camp), and we forgot to move to the que to claim our lunch delicacy as the discussion was emotional and mind distrupting. My friend, Hassan (not real name) initiated the conversation based on ‘Teachers welfarism and promotion as at when due’. He argued that the lack of concern by the government on the status quo keeps the education system of this country into distant retrogression against the standard of the developed nations.

“​I remember in JSS class, having an English language teacher who couldn’t read correctly. Every time she started, students would be correcting her mistakes. She was later assigned to teach Integrated Science, and later Agricultural Science, none of which she did with distinction. I was never sure what her area of specialty was” he opened the discussion.

“But we had this really amazing English teacher at the Senior Secondary level. Oral English was her thing. The woman knew her stuff. Eventually, she started coming to school with peppered meat for sale and by SS3, she fully focused on selling meat to students rather than teaching them. If her pay package had been great, I am sure she would have focused on her teaching. In that final year, my biology teacher, a man of little amity, perpetually in a state of angst, gathered a few of us after our final WAEC exams and said he had only one advice for us: “Never ever become a teacher,” he narrated.

“One could see it was coming from a deep place and he had had to cope with a lot of frustration on the job. I hope he is a happier man now”, I interjected.

It saddens my heart seeing that a lot of these people are frustrated by the conditions of service, by the total disregard for their wellbeing, forcing the good ones out and leaving mostly people with limited options to teaching until something better comes along. Mostly, these are the kind of people that governor Oshimole, at the time, humiliated on national TV. Those are mostly the types that Governor El Rufai has sacked en masse. And recently, those are the sects His Excellency, the executive governor of Kwara State, Mallam AbdulRahman AbdulRazaq shown the exit doors (with options to reapply for proper screening) few months ago.

I have seen their likes at the university. A lot of them came to get their degrees, their B.Eds, and one thing I can tell you, no one cheats in exams more than these people. When they ask for help with their studies, it is not so they could learn, it is so they could add it to the cheat notes they store on all parts of their bodies. It makes you wonder what they are teaching their students.

But in the bleakness, you find rare gems, people who are committed to impacting on the lives of their students, sometimes even beyond the academic. People who make you look back at your school days with a glitz and glow in your heart. Mr Aliyu was my teacher in Government Day Secondary School Alore. He was brought in to teach Mathematics but was soon offering lessons in physics and chemistry and just about everything else. And he taught with passion and distinction you wondered what his area of specialty really is. He was passionate about the holistic development of his students and to this day, I count him as a teacher, a mentor and a friend.

So was Mr Bello, a fine gentleman, disciplined, energetic, innovative and charismatic Agricultural Science teacher. I don’t know where he is now but I surely hope he is doing amazingly well. He had become a beacon, an exemplary man, teacher and role model. When I think of teachers of distinction, I think of men like these.

Yesterday was a day many of us were looking for — these teachers have long been overdue to be promoted, paid well and benefit unabridged welfarism. The governor AbdulRazaq led-administration announced and assured the SUBEB teachers of her readiness to work tirelessly in the area of staff promotion, recruitment, transfer of service as well as discipline, where necessary, with a view to ensuring effective and efficient service delivery at all levels. The administration’s commitment to workers’ aspirations, wellbeing, and benefits in various cadres, including promotions as and when due should be appreciated by well meaning Kwarans. And, one also should commend the state government for giving the commission-free hand in the discharge of its core mandate, without any prejudice or interference.

In the news, “Kwara State Governor AbdulRahman AbdulRazaq has approved the implementation of promotion arrears for tens of thousands of teachers and staff of the State Universal Basic Education Board (KWSUBEB), effectively ending years of career stagnation that brought workers’ morale to an all-time low.

The announcement, made by SUBEB chairman Prof Shehu Raheem Adaramaja at the commissioning of operational vehicles, motorcycles, electronic gadgets, and instructional materials for basic schools, triggered widespread applause from teachers and other workers of SUBEB who hailed the decision as timely and fitting for the administration’s record of hearkening to the  yearnings of the people. Public basic school teachers in Kwara State were last promoted in 2017.

Conduct of years 2017, 2018, 2019 and 2020 promotion examination and oral interview has been expressly approved by His Excellency to hold between the 2nd and 5th August, 2021. Outstanding salary arrears of staff is also not left out as the process is at its peak” Adaramaja was quoted.

Promotion is the most crucial element of public personnel administration. It is something every career Civil servant looks forward to. It raises his status within the organization as well as in the Society. Promotion is the device to retain the best, talented and efficient persons in the Civil Services. I personally commend members of the commission for their endurance and high sense of professionalism, which, I believe, had led to the achievements so far recorded.

Lo and behold, the impact teachers have on their students last a lifetime and until education is prioritized and teachers’ welfare is standardized, we will continue sacking teachers en masse and producing graduates who don’t know their left from their right. Thanks to His Excellency, Mallam AbdulRahman AbdulRazaq for righting the wrongs to safe the future of Kwara Education.