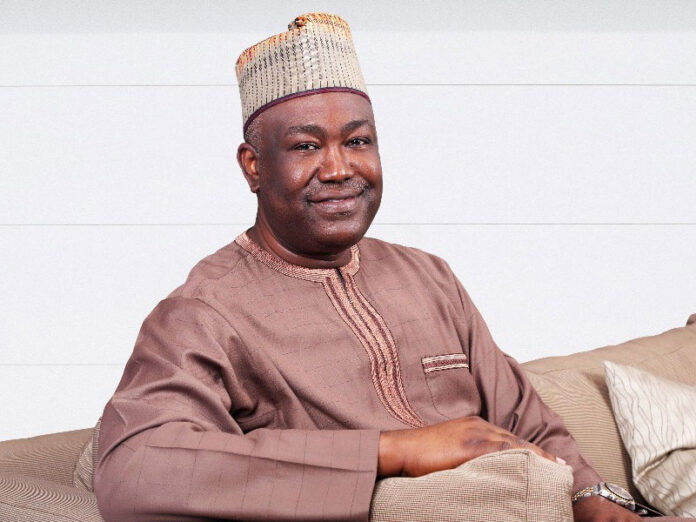 By the Grace of God today, I will be attending the stakeholders meeting of the Federal Capital Territory chapter of the All Progressive Congress (APC), in what is my first public event as a member of the ruling party.

It was clear after the 2019 elections that going forward, we have to make a choice between one of the two major political parties in Nigeria, in order for our struggle for a better Nigeria to be meaningful.

In February this year, I formally registered in Usuma Ward, as it is procedurally required – this was after series of consultations with my long time friends, family and associates.

With my friend for over 23 years and Governor of Kwara state, His Excellency, Alhaji Abdulrahman Abdulrazaq, we had multiple conversations on this matter; I also recieved support and encouragements from His Excellency, Senator George Akume, former Governor of Benue state and current minister of Special Duties, an important leader of the party in the North Central Zone and a major political ally since our days as founding members of then ruling party in 1999 (PDP), where I had the privilege to serve as the first elected Deputy National Publicity Secretary as weĺl as Chairman of the important Group of 54 NEC members that included a majority of the parties elected Governors in 1999.

In the past 6 months, I have met twice with Chairman of the APC National Care Taker Committee, His Excellency Mala Buni, Many times with my brother and friend, Attorney General and Minister of Justice, Mallam Abubakar Malami (SAN) as well as Minister of the FCT, Mallam Mustapha Bello, the leader of the APC in the FCT and Cabinet member, party leaders and elders too numerous to mention and not the least, the party chairman of the FCT who worked very hard to convince me in joining the APC.

One of my reasons for choosing the APC is that virtually all the party structures in the North Central Zone, my immediate constituency, are populated by leaders with whom we were original founders of then PDP in 1998. These are people with strong principles and character with whom I feel very safe.

The second reason is that the APC is the only reasonable pathway to a united and indivisible Nigeria, an idea dear to me and central to my politics.

Thirdly the APC is led by President Muhammadu Buhari, GCFR, who is passionate to his convictions that corruption must be defeated for Nigeria to move forward. Though a lot of critics have questioned the effectiveness of his anti-corruption crusade, the other party does not even care a whimp about curbing corruption. Its members celebrate their new adopted legacy of graft and display of criminal opulence. The other party is a far cry from the community of honourable men and women that it was in 1998 when we launched it.

In deciding for the APC, I have no illusion that I have come to a perfect party or that the struggle to birth a new Nigeria on this my chosen new platform will be easy. I will continue to rely on your prayers and support, the strength of the Lord and his guidance and protection as I embark on this journey.

Please, permit me to state that in taking this decision, my long standing commitment to the struggle for Justice and Equity will not waive, my adherence to the principles of true Federalism will not wane, and my three and a half decades struggle for the improvement of the welfare of the down trodden Nigerians will not diminish.

I remain solid in my pursuit for a New Nigeria, Modern, United, Peaceful and Prosperous!