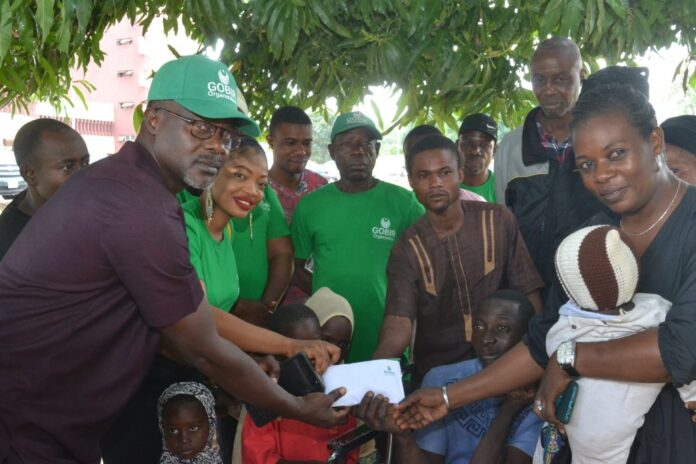 It was learned that Nurudeen was trained by the National Directorate of Employment (NDE) in 2014 to produce insecticides, air fresheners, and disinfectants, among other items, while his wife sells engine oil at the Federal Secretariat Complex, Ilorin.

While presenting a sum of N100,000 to the beneficiary on Thursday during the fourth edition of the Hero of the Month Award programme, Head, Media and Publicity of Gobir Foundation, Mrs Khadijat Eyitanwa Lawal, said the Foundation selected Mr Nurudeen as the hero of the month because of his determination not to beg in the face of his disability. He rather faced his trade.

Mrs Lawal said that the gesture aimed to encourage him to improve his trade and take proper care of his wife, who is also physically challenged and their three children.

She also said that the award was meant to assist and encourage those that are doing well in various fields in society. 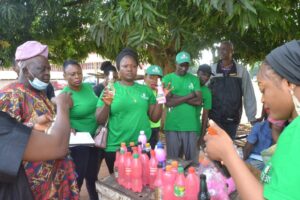 “This is the fourth edition. We came across the story of the disabled couple, and we conducted our investigation on it. They are both physically challenged and chose not to beg. They truly deserve the award. This is a big lesson. Many people are physically okay but decide to beg. This couple here are doing well and happy. And we feel happy that we’re not wasting the money and appreciative of the founder of the Gobir foundation, Waziri Yakubu Gobir.”

Also speaking, the guardian of the couple and manager, News and Current Affairs with the NTA Ilorin, Mrs Iyabode Olorunsola, said that: “I came across Nurudeen one day and I decided to give him money, but he refused to take it despite his disability. Then my journalistic instinct arose to know how he survives. I did a report on him for the Newsline, and some money was raised for him. Since then, we’ve been in touch just to see the children are doing well. The wife too, was abandoned as a child. God just made their path to cross through the joint association of physically challenged people in the state. The wife has no limbs.

“The amazing thing is that he produces domestic items like insecticide, air freshener, vaseline wax-up to high quality, very effective. We use his products in our office likewise many others who cannot do without his products. And he’s a contented person.”

It was also gathered that Nurudeen, who developed his disability through an ailment at age of five, attended Primary school and Muhyideen Arabic College, Ilorin, until he participated in the NDE training programme.

In his response, the beneficiary, who was appreciative of the gesture, said that he hoped to expand his business, train others and get a shop.

“I have gone through a lot, but due to determination to be something in life, I have been keeping on because I don’t want to beg. I also thank my guardian and my wife. I want my children to be educated to be responsible citizens of this country and be greater than me.”