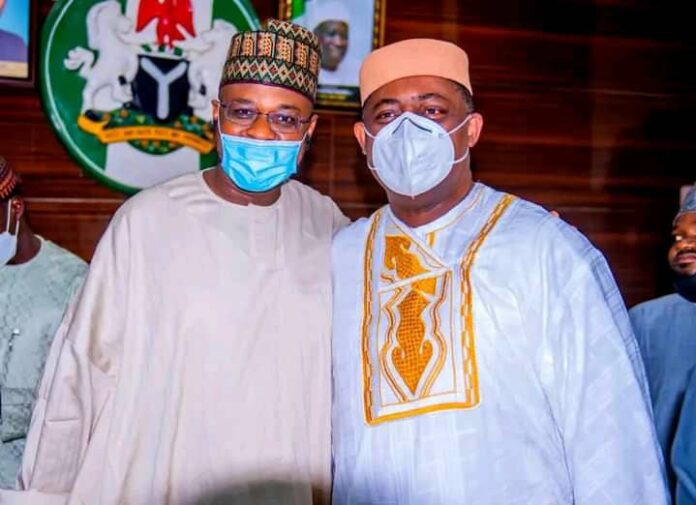 Former minister of aviation, Chief Femi Fani-Kayode has berated his critics for taking on him after he shared pictures where he posed and shook hands with minister of communications and digital economy, Dr Isa Pantami on the eve of President Muhammadu Buhari’s son’s wedding ceremony.

Fani-Kayode told his critics to drop dead if they like because he would never offer anyone apology for his action and needed no validation.

Critics had carpeted Fani-Kayode for shaking hands with Pantami who he had earlier chewed out and described as a ‘cold-blooded beast’ in the heat of reports linking the latter with some terrorist groups.

Pantami has since denied having any link with terrorist groups, just as he denounced some of his past comments that appeared extreme.

“Are you still foaming at the mouth because I shook hands with Isa Pantami? Keep foaming and let your blood pressure go higher. If you like drop dead. I offer no apology or explanation and I need no validation from you. You either trust my judgement or you do not and either way I do not care,” FFK as he’s popularly called fired at those taunting him.

He said he has forgiven Pantami as his faith taught him having expressed regrets about his past actions and utterances, adding he wants to be at peace with as many people as possible.

“The bottom line is as follows: you can do and say your worse. You can vent until you wee in your pants. You can wail until you defecate in your trousers. You can scream and shout from morning till night,” he continued.

“You can run up and down like a weather beaten and rain soaked chicken whose head has been cut off until you collapse. You can do all these things simply because I took a picture with a fellow Nigerian and called him my friend and brother.

“It does not move me and it changes nothing: though we may not agree on everything, Isa and I are now friends and we will remain friends. Live with it or die with it. If most of you had 10% of my courage and foresight Nigeria would be a far better place. History will vindicate me and posterity will judge us all. You do not know what I know and you do not see what I see. You assume the worse because you are the worse.

“And unlike most of you I can never be a coward. I have the courage to be civil and to be civilised to those that offer me respect and friendship even if we do not agree on all things. The question is do you?