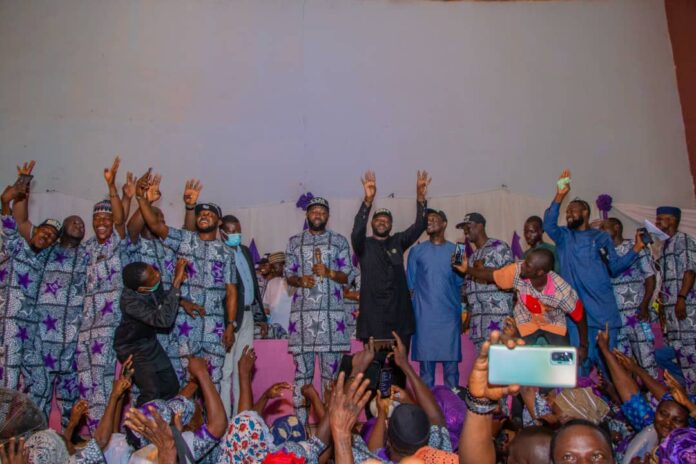 • Says people must own politics, governance

Former House of Representatives aspirant Ilorin West/Asa federal constituency Alhaji Sheriff Shagaya on Saturday launched a socio-political movement to actualise the agenda of youths and women in politics and governance in Kwara.

He also lauded Kwara State Governor AbdulRahman AbdulRazaq’s strides in two years in office, saying that he is doing well against all odds.

Speaking in front of a mammoth crowd during the unveiling of the Sheriff Shagaya Movement, Shagaya said he was inspired by the quest of the people for changes in the political space, saying SSM provides them a platform to elect caring, exposed, and capable leaders in the next elections. 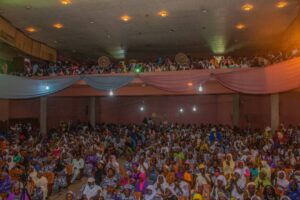 “In the past 6 years, people have been asking me to run for public office again. But my answer has been no and that is not changing yet. But I know many young men and women who are ambitious and capable deserving of a chance in the next election. This is a platform for them.

“The people said they want better representation. They truly deserve it. They are not to be mere electorates, but partners in politics and governance. That is what to do to deliver dividends of democracy to their doorsteps. Now, we are giving them a platform to realise their yearnings; a movement to own their fate. This is what this movement stands for.”

Shagaya said Governor AbdulRazaq deserves all the support from Kwarans to deliver on his mandate, praising his pro-people posture amidst odds from many quarters.

“The Governor is doing well. I do not know of others. But Governor AbdulRazaq deserves support to do more for the people. I am baffled that he faces so much hostility from some quarters. But that is an aside. What matters is governance and the people say he is delivering. They must rally round him. We must not allow him to fall,” Shagaya remarked.

To wild applause, the philanthropist donated the sum of N10m as seed capital of the movement. 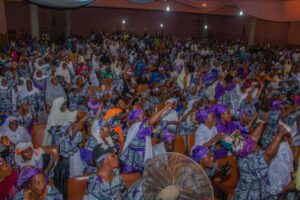 He also doled out N10,000 each to at least 500 members of the movement, promising continuous support.

While delivering sermon, Chief Imam of Offa, Sheikh Muyideen Salman said Shagaya is a godsend to the people of Kwara. He eulogised his selflessness and love for the less privileged, urging the people to pray more for his success in business and leadership. 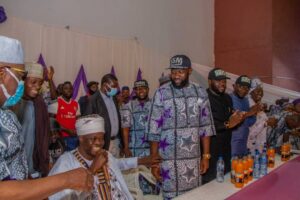 Meanwhile, Shagaya said the movement will commence skills acquisition training for women and unemployed youths in the state. At least 100 people will be trained in photography, tailoring, shoemaking, and others in the informal, entrepreneurship sector for the first phase. 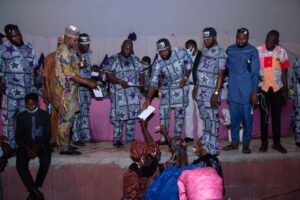 While addressing the newsmen, Technical Assistant to the Governor on Investment, Kabir Shagaya expressed confidence in Kwarans to embrace the platform for the total liberation of the state from the old order.

“This is not restricted to a zone. It is a pro-people movement with a firm vision to cut across the state. For credible people who want to run for offices, Sheriff is giving a platform to support them with the right structure and access to finance. What this means he is giving room for new voices to emerge in Kwara political space.

“All of us in the Shagaya family are supporting him. My advice for the youths is to take advantage of it, showing direction and values as new world leaders.”