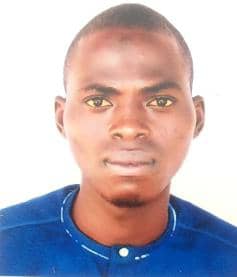 The Giant of Africa is highly endowed with scores of artistes. Ranging from the likes of Mark Angel and Broda Shaggi, to our helmsmen and congressmen, including local warlords, elites, and the clergymen painted as saints, they are all maintaining the stability of Nigerians’ mental health, in the face of adversity, with their different versions of entertainment.

And why would anyone take our fatherland too serious? The challenges bedevilling Nigeria is not worth the risk of being that way; whoever gets hypersensitive about this country is only beckoning to migraine headache.

Perhaps, the Mathematical Association of Nigeria has a different disposition towards the worsening situation of the security challenges before embarking on a rescue mission by proposing the adoption of mathematical models in solving those challenges.

Earlier last week (on the 31st of August), as disclosed by the various online news outlets, the Mathematical Association of Nigeria (MAN) during its 57th Annual Conference held in Kano, in a theme that reads, “Securing Nigeria: A Mathematical Perspective”, had proffered that the mathematics models be adopted for taming the country’s alarming insecurity challenges.

Undoubtedly, “the language of technology is mathematics”, but how does this subject’s models become some utility tools for tackling insecurity? It needs to be queried further: how would the mathematicians deploy the models to suppress insurgency that has hit the heart and hinterland of Nigeria? How feasible is that proposition in all honesty? There are many questions begging for answers concerning that.

Walking back to the memory lane, in his Tuesday weekly column (of March 9, 2021), the spokesperson to the immediate past Nigeria President (GEJ), Reuben Abati, recorded the scary figures of abduction in the northern Nigeria. 276 females were abducted from Chibok Girls School (by the Boko Harams) on the 14th of April, 2014. Also in 2018 (February 19), about 110 school girls were reportedly abducted from Government Girls Science and Technical College, Dapchi, in Yobe State.

Although some of these abductees were released all thanks to government’s negotiation with the abductors, and no thanks to the military inactions, but let’s not forget that Leah Sharibu is still in captivity. Perhaps the government was left with no choice except that as the #BringBackOurGirls campaign rendered the blogosphere and the social handles. Nigerians spoke up and broke the government’s deafening silence.

Surprisingly, the abductors demanded for more like Oliver Twist; they went after our boys too, they didn’t stop at abducting the girls. Over 300 boys were kidnapped from the Government Science Secondary School in Kankara of Katsina State. That was in the tail end of the year 2020; it happened in December.

Also on February 16 and 25 respectively, other operations of abduction were launched both in Niger and Zamfara States. The abductees included staff members, children, and school girls, all totalling at 344 from both states that suffered the loss. Then history continued repeating itself until the epidemic of insecurity hit Taraba State and got the Emir of Muri, Alhaji Abbas Tafida, threatening in rage. To say the Northerners are quite unfortunate is a metaphorical disgrace, however, “Nigeria is never in short supply of ironies,” says Reuben Abati.

Sadly, the gory story of Nigeria extends beyond the Boko Haram’s misdoings across the Northern states. Banditry multiplicity, wanton killings, the restiveness of IPOB and other forces beating the drum of war and inciting the call for Nigeria’s disintegration are not covert. They are overt and clearly being watched by the helpless citizens, the innocent ones especially. As a matter of fact, it is awe-inspiring that all the known bad registers and vocabularies have made the list of the ‘operational terms’ regularly used by the media and pressmen.

Many tragedies have struck and the destiny of Nigeria remains unreadable for any soothsayer/fortune-teller. Like her citizenry’s, her fate is always uncertain; it’s always in suspense. Just like the recent attack launched on the Nigerian Defence Academy (NDA) which claimed two lives and facilitated the abduction of another, then, it is not contentious that the safest place in Nigeria is no longer safe. The graveyards are not left out; a corpse that has long been shrouded and buried could be butchered. Such is the abysmal ‘progress’ of insecurity in Nigeria, the self-styled giant of Africa. Again, some 148 students and health workers were also carted away, in Kaduna State, by these so-called abductors. The list of Nigeria’s fearsome tales is endless. And where was M.A.N when these terrors were being unleashed until now? I think the answer to that is obvious.

That the Mathematical Association of Nigeria (MAN) proposed the use of mathematical models as the proffered solution to the worsening security challenges left one to wonder aloud in amazement. In fact, it reminds about one Lord Francisco Furcal, the man who fell from the sky as contained in the work of Nneka Arimah titled: What It Means When A Man Falls From The Sky. The Chilean mathematician fell from grace; that brought about the rhetoric title.

In the weird thinking of Lord Furcal, Math is said to be constant and absolute and any problems that arise are the faults of those who miscalculate it. That may sound convincing but the absurdity in Furcal’s theory lies in the outrageous belief that mathematics could be applied in solving the numerous human problems, including the soothing of negative emotions, grief and the likes.

However, the downpour of shame descended on the late Furcal’s legacy when people began to experiment with his infinite formula to prove its validity cum reliability. Furcal’s formula was proved wrong of course; the logic of his formula was declared faulty. Ab initio, he had stated that the formula was infinite and had no end in its application but later landed in an utter shame and disgrace; his fame and glory was dragged in the mud eventually: he fell from the sky. Perhaps the move by MAN was premised on Francisco Frucal’s ideology but where did that lead him? Even his granddaughter (Nneoma) could not stand a chance to defend his legacy.

Many Nigerians are bleeding and are on the brink of dying, hence, let M.A.N be told not to toy with Nigerians’ emotions. It’s high time the ridicule is halted. It’s high time Nigerians knew the essence of having a Ministry of Defense, and the significance of their military men. Very importantly, it’s time to find a panacea to the recurring unemployment situations and economic regressions. Let our leaders hear the clarion call; uneasy lies the head that wears the crown. It’s their responsibilities to find a lasting solution to the challenges being faced by innocent Nigerians.

As a matter of candour, Nigeria is ‘blessed’ with abundance of troubles beyond what mathematical models can curb, hence we need to be guided. Indeed, it stands as a bewilderment, that Nigeria is full of horrors but Nigerians are full of humours.

Abdulhafeez Abdullah, a graduate of the University of Ilorin, writes from Ilorin, the Kwara State capital.