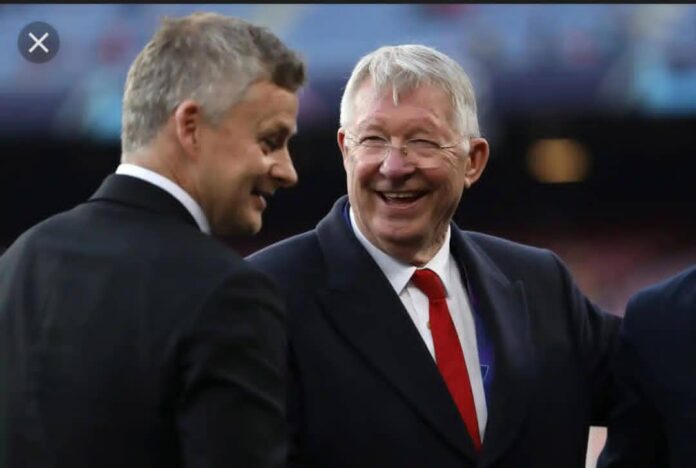 Since the retirement of Sir Alex Ferguson from the management of Manchester United in 2013, the club has not been lucky with a manager that can keep the flag flowing in tandem with the traditions of the club – Attacking and fluidical style of play, developments and absorption of the academy talents to the main team attracting legendary signings to the club, maintaining global recognition and importantly, building trophies winning squads which the club’s supporters have been spoilt with.

The post-Fergie era started with the appointment of an average team manager in David Moyes who many thought would be another Fergie considering that they are both of the same Nationality and also his wow efforts with Everton Football Club but, not long after he assumed the throne that Moyes proved to be Moyes – a man that doesn’t have the aura and charisma of managing successfully a big team not to talk of the British biggest Club despite all the resources available to him.

The sack of Moyes brought in the self-acclaimed Mr Philosophy, Louis Van Gaal who by his pedigrees and experience should be a perfect match for the club. He could be the next Fergie at least for the next half a decade. Unfortunately, he was just a better version of his immediate predecessor. Maybe Moyes would have done better if he had the material supports given to LVG. Van Gaal without convincing justification started with benching and later releasing some of our best guys such as Rafael Da Silva, Louis Almeida Nani, Javier Hernandez Chicharito to mention but a few. He spent big to assemble his squad, perhaps the most expensive squad in EPL at that time, yet, he could not offer what United needed. His relationship with many of his players was very sour, some of them have been coming out to X-ray the uncordial time they have with him. He was said to impose his unsavoury and tasteless philosophy on the team, later, he was relieved of his appointment after he won the F.A Cup trophy. And the journey for the next Fergie continues. Over and over again.

The next one to come was not an ideal Man United manager, that was the self-anointed Special One, Jose Osei Mourinho. In fact, a proper divorce from what United represents. Everything about Jose and Manchester United are very unidentical, putting into consideration – the philosophy, tradition and styles of both parties. But the quest for immediate success which his appointment would guarantee the club compelled the management to settle for his choice. Mou is a serial winner that will offer nothing beyond the trophy(ies) anytime he finds himself in a Club of Man United status. He is an expert in winning them by crook or hook. What we Nigerians will call ‘Wuruwuru To The Answer’. His style of play, his managerial relationship with the squad, board of management, staff, the club legends, match officials, English F.A and the media left much to desire. Albeit, he gave us what we needed, a temporal success to quench our thirst for trophies. And when the Club could not bear any more his tormenting reign, he was shown the exit door at the middle of his third season. Then, different season, same event, the search for the next Fergie continues.

After much considerations and consultation, the divination picked, this time, an insider, a legend of the club who was part and parcel of the good old days. A Manchester United boy – through and through.The Red side of Manchester was in ecstasy that we have found the missing one. The Norwegian ‘Babyfaced Assasin”. An unassuming goal-poacher. He was a super-sub in his playing days. Ole Gunnar Solskjær.

OGS started so well, giving hope of a better future with gradual restoration of what his predecessors have eroded. The attacking style of play, development and promotion of the academy talents, plus a calm atmosphere within the club environment amongst others.

The fans, club legends and the management this time felt it won’t be an immediate success with the new man as the club has to undergo a rebuilding process, if at all, long-lasting solutions are to be found. Thus, when he began to show that he was just an apparition of what was bargained for, he was offered the needed love as well as supports from all angles, we have to keep the hope alive. We can’t just treat him like others, he is one of our own. Just like what the Yoruba will call, “Never bury the corpse of an initiate like a novice.”

However, despite the respites given to him, Ole continues to disappoint. He is getting everything right but the charisma and willingness to build a winning team. Within three seasons, he has lost three semis and a final aside dropping important points in EPL through avoidable tactical blunders. Some of those important matches could have been won by a serious and adept manager. Ole has the resources but he seems to lack the knowledge of using them to his advantage. What else again does a success-hungry manager need to conquer that is lacking in the present squad at his disposal? He has one of the most expensive squad but zero trophies to show for it.

Now, people are beginning to lose patience and confidence in his capability to take the club to a greater height, and the pressure to replace him keeps mounting which I see paying off sooner if not soonest. I would have loved him to continue but he’s not been justifying the fact that he deserves our sympathies and another chance beyond the ongoing one. Rumours have it that Antonio Conte and Zinedine Zidane are being considered after yesterday’s UCL opening game loss to the Young Boys of Switzerland.

I don’t know how the club will do it to get a manager that can give what the four successors of Sir Alexander Chapman Ferguson could not, could there be another Fergie? Maybe Pep Guardiola. But we had lost him to our City neighbour when we settled for Mou back then.

My fear is not that we won’t get a manager that will win us trophy(ies), but, how do we get the one who will restore other parts of our traditions which only Ole has been getting right? One of the essential keys to sustaining these illustrious traditions and which distinguished Man United from others is the longevity of the Manager on the reign. But in the present-day football world, it is hard to come by a manager who will stay beyond five seasons in a single club before he leaves willingly or got sacked due to conflicts of interests with the board of management.

Verily, the ultimate search for the next Ferguson continues…

Bolaji Aladie is a diehard supporter of Man United