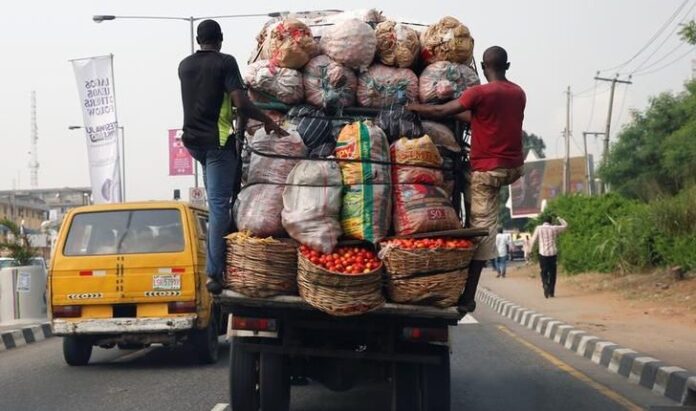 The World Bank has announced that the rising prices of food items in the country could push additional six million Nigerians into poverty.

This much was contained in a World Bank publication titled “COVID-19 in Nigeria: Frontline Data and Pathways for Policy,” which said, “The rise in prices witnessed between June 2020 and June 2021 alone could push another 6 million Nigerians into poverty, with urban areas being disproportionately affected.”

The National Bureau of Statistics (NBS) had, on Monday, also announced that the annual food inflation rate rose for the 24th consecutive month to 20.75 per cent in October from 20.71 per cent in September as a result of further increases in the prices of basic food items.

In its Consumer Price Index, CPI and Inflation Report for October 2021, NBS stated that “This rise in the food index was caused by increases in prices of food products, coffee, tea and cocoa, milk, cheese and eggs, bread and cereals, vegetables and potatoes, yam and other tubers.” Consequently, the food inflation rate had risen by 7.38 percentage points since May 2019 when it dropped to 13.37 per cent.

In its report, the World Bank added that “The share of Nigerians living below the national poverty line could have increased from 40.1 per cent to 42.8 per cent, due to the food price inflation witnessed between June 2020 and June 2021. This means about 5.6 million additional Nigerians would be living in poverty.

While food price inflation would decrease purchasing power and raise poverty across Nigeria, it appears that urban areas could be disproportionately affected.

According to the global body, while the first part of the COVID-19 crisis precipitated a global economic slowdown which caused a recession in Nigeria, the second crisis was characterized by surging inflation, putting further pressure on households’ purchasing power.

“In April 2021, the year-on-year inflation rate was the highest in four years, and food prices accounted for over 60 per cent of the total increase in inflation.

“Indeed, in 2020 and 2021, Nigeria witnessed its highest surge in food-price inflation in almost two decades. This inflationary pressure stems from both supply and demand factors, many of which are directly linked to the COVID-19 crisis.

“On the supply side, food production and market access may have been affected by the pandemic and by lockdown measures, compounding the effects of restrictive trade policies, including the closure of Nigeria’s land border in August 2019.

The World Bank has expressed concern that negative coping strategies could threaten welfare at the moment while having implications for the future.

“Food insecurity may have long-run consequences for human capital, as child stunting in Nigeria was widespread even before the pandemic, and malnutrition can weaken children’s capacity for learning,” World Bank noted.