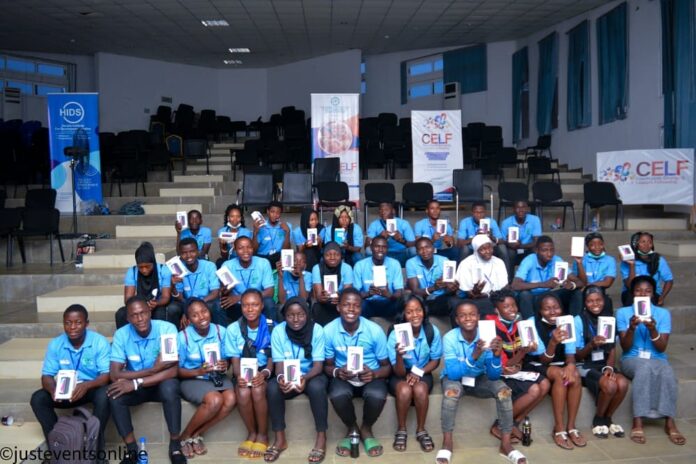 When on Wednesday, 24th June, 2020, Mr. Lawal Olohungbebe shared the concept note of what is now the Countryside Emerging Leaders Fellowship (CELF) with me; my mind raced through how such a simple idea of providing both mentoring and financial support to young people leaving secondary schools in rural areas in Kwara could, if implemented well, end poverty and deprivation within a generation.

At the time, my optimisms about the potentials of CELF were driven only by my absolute faith in the capacity of the driver of the initiative, Mr. Olohungbebe, to achieve whatever goal he set for himself. I must be honest that, based on my experience of how related educational development programmes have received little or no support from wealthy community stakeholders in the past, I was scared that the funding for CELF may be difficult, if not impossible, to come by.

But Olohungbebe, the chief driver of CELF, pulled all the stops to achieve what arguably has become the biggest and most resourceful educational and capacity development intervention by a non-state actor in Kwara today. With its deliberate focus on young people living in rural communities, the Countryside Emerging Leaders Fellowship is beginning to break down the barriers inhibiting the educational and personal growth of teenagers and youth living in isolated geographical locations across Kwara State.

It’s unbelievable the sort of humongous impact that CELF is beginning to register within a little over a year of establishment; yet the foundation of the fellowship was a simple idea by a man whose thoughts mostly revolve more around others than himself. The selflessness behind the very idea that gave birth to the fellowship must have been responsible for its success so far. And since belief is such a powerful human instinct, I’m convinced that what accounted for the huge acceptability of the idea was the faith of its initiator. When I expressed fears about funding for CELF, Olohungbebe, in his characteristic manner, had told me that if the programme was meant to help others and not himself; God will certainly see to its success. He was right

Just on the second edition, CELF has produced inspiring fellows who are obviously on the way to doing great things in the near future. The programme has opened their eyes to attainable possibilities, and the fellows have acquired a new confidence to drive their ambitions. They have also been equipped with a new thinking which drive their unselfish attitudes towards pursuing life’s aspirations.

While many stakeholders, leaders and influencers are beginning to take note of the systemic and long-lasting impact Olohungbebe and his team are spearheading in Kwara; the big story about CELF is yet untold. Yes, the pioneer fellows shared a story on a radio programme recently of how the selection process for participating in CELF was transparent, and how that helped them, children of everyday parents, to secure a spot in the competitive fellowship without having to know any ‘big man;’ but that is not even the ‘wow’ story of CELF that will still come in the days ahead.

With poverty and other disadvantages mostly prevalent in rural communities, what Lawal Olohungbebe is doing with CELF, especially with the scholarship component of the programme, is to open the space of opportunities for rural youths who ordinarily would have been limited in life due to the fact that, like many of us, they were born into poor families. With CELF, many potentially great young men and women are now emerging from rural communities in Kwara with access to support that would help them to reshape their life and craft a sustainable future for their places of birth. Indeed, for rural Kwara, the day of self-driven development is at hand.

*_Abdullahi, a media and marketing communications practitioner is the principal consultant for Whitebridge Communications Ltd._