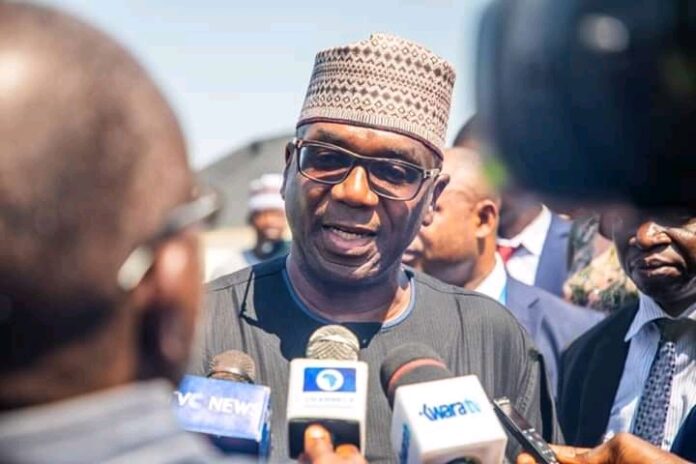 Kwara State Governor, AbdulRahman AbdulRazaq has announced that his administration would unveil a new waste management initiative to rid Ilorin the state capital of dirts.

This follows heavy criticisms that have trailed the sight of heaps of dirts on major areas of the capital city.

AbdulRazaq spoke at the 56th Annual National Conference of Ilorin Emirate Descendants Progressive Union (IEDPU), Fundraising for the completion of its Skills Acquisition Hub and Launching of the 2022 Calendar.

“This (gathering) is another opportunity for _Dahiri_ Ilorin to strengthen goodwill, exchange ideas, and review the journey so far. Alihamdulillaah!” he said.

“As an administration, we have continued to partner with the IEDPU to ensure that the capital city Iives up to the billing. Today, Ilorin is clearly the fastest growing economic centre in the north central region (after Abuja) with more than eight daily flights in and out of it. This attests to the increasing viability of the town and the level of peace and harmony it enjoys. I thank the security agencies, the Emir and the entire traditional council for their support.

“As Ilorin grows in population and economic size, we are confronted with a challenge of managing the environment. This is why we have awarded the design of another master plan for Ilorin. In the next few days, we are bringing in new waste management firms to improve timely evacuation of increasing human waste within the metropolis.”

He said the government’s commitment to human capital development is evident, recalling how not less than 1,668 competent indigenes of Ilorin Emirate were recently recruited for teaching through a process he described as the most transparent in the recent history of the state.

“In January 2022, we are deploying the latest technology to support our teachers, ensure a regime of accountability in public schools, and improve learning outcomes for our children,” he added.

“To make the learning environment conducive, we have embarked on massive school renewal projects of various types across the state. We have 41 of such in Asa, 58 in Ilorin East, 89 in Ilorin West, 50 in Moro, and 38 in Ilorin South. In these, no less than 13,238 pieces of furniture are being provided to basic schools in the Emirate alone.

“We have so far constructed 24 intra-city and township roads across the Emirate, and 35 interlock access roads within the Ilorin metropolis. We have also just awarded the dualisation of the Yebumot-Al-Hikmah-Adeta Roundabout-Oloje road to shorten travel time along that axis.

“Similarly, we have more than 42 public health projects that have either been completed or are ongoing in the emirate alone. The icing on the cake is that we are soon approving the location of the Medical College of the Kwara State University in Ilorin. The location will take full advantage of the investments we have made in the Ilorin General Hospital over the past two years. What we do in the capital city is being replicated in other parts of the state. This is to ensure fairness and open up the entire state for investments and other strategic partnerships.”

The event chaired by Dr Ibrahim Yahaya Oloriegbe, Senator representing Kwara Central was witnessed by His Royal Highness, Alhaji Ibrahim Sulu Gambari, the Emir of Ilorin, other title chiefs and distinguished sons and daughters of the Emirate.