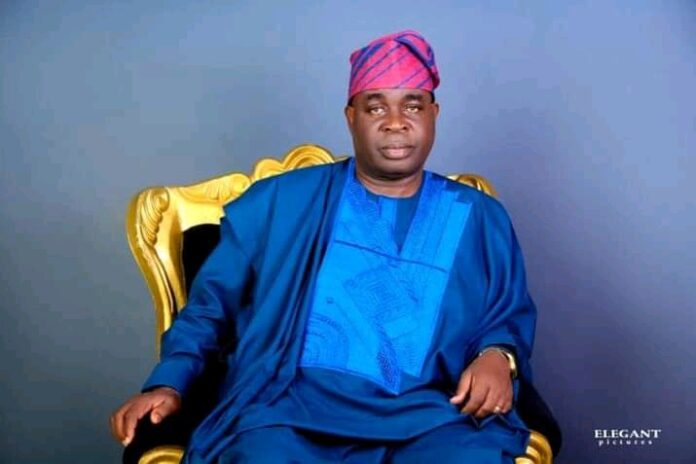 In politics, hypocrisy and doublespeak are tools. They can be used nefariously, illegally or for personal gain, as when President Richard M. Nixon denied Watergate complicity, and as the All Progressive Congress (APC) Chieftain, Barrister Iyiola Oyedepo Akogun, dubbed arrant lie against both the immediate past and present administrations in the State — KWARA STATE: IMMEDIATE PAST AND PRESENT ADMINISTRATIONS: Being the New Year (2022) Message To The People of Kwara State — making it his edited version of his unpopular book, “21 Lies Nigerian Politicians Tell Electorates”.

Wait. Who was the first black President of America? It’s a fairly simple question with a straightforward answer. Or so you would think. But plug the query into a search engine and the facts get a little fuzzy.

When I checked Google, the first result – given special prominence in a box at the top of the page – informed me that the first black President was a man called John Hanson in 1781. Apparently, the US has had seven black Presidents, including Thomas Jefferson and Dwight Eisenhower. Other search engines do little better. The top results on Yahoo and Bing pointed me to articles about Hanson as well.

Welcome to the world of “alternative facts”. It is a bewildering maze of claim and counterclaim, where hoaxes spread with frightening speed on social media and spark angry backlashes from people who take what they read at face value. Controversial, fringe views about US Presidents can be thrown centre stage by the power of search engines. It is an environment where the mainstream media is accused of peddling “fake news” by the most powerful man in the world. Voters are seemingly misled by the very politicians they have as leaders and even scientific research – long considered a reliable basis for decisions – is dismissed as having little value.

Having a large number of people in a society who are misinformed is absolutely devastating and extremely difficult to cope with – Stephan Lewandowsky, University of Bristol. Working out who to trust and who not to believe has been a facet of human life since our ancestors began living in complex societies. Politics has always bred those who will mislead to get ahead. Arguably, Barr. Oyedepo is again coming to mislead the innocent people of Kwara State. It is evident from his new release!

In one of her speeches revealed by Wikileaks, Hillary Clinton admitted that she sometimes takes “public” positions that are at odds with her “private” position. In other words, she sometimes lies to the public about her true views. Only the most naive observers find it surprising that politicians try to deceive people in this way, or believe that Hillary Clinton is an unusual exception. Surely, as Hillary as Oyedepo.

In an insightful article, Brookings Institution fellow Jonathan Rauch describes why such deceptions are common, and may even be beneficial in many cases: Is it hypocritical to take one line in private, then adjust or deny it in public? Of course. But maintaining separate public and private faces is something we all do every day. We tell annoying relatives we enjoyed their visits, thank inept waiters for rotten service, and agree with bosses who we know are wrong…

Often, the only way to get something done is to have separate private and public truths. Behind closed doors, nothing is settled until everything is settled. Until the deal is done, everyone can pretend not to have decided anything. But the moment the conversation becomes public, plausible deniability ceases.

Anyways, Rauch is absolutely right to point out that political duplicity is sometimes a necessary tool for facilitating deals, negotiations, and diplomatic maneuvering. But he does not consider the major negative impression and effect of politicians’ lie, to which often involves the manipulation of public ignorance.

Ordinarily, widespread voters ignorance also incentivizes common type of political deception: lying about the government in order to overstate benefits and conceal possible downsides. The most impressively successful recent deception of this type was how Oyedepo and his team flooded the streets of the State with lies, misinformation and rumors, pre-2019.

Oyedepo’s deception was extraordinarily successful, and a deserving winner of the Politifact Lie of the Year award. I wonder, who could have written such book that said to expose the lies of Nigerian Polithievers (sic) if not the man who himself thrives in creating blatant lies and exploitation of public ignorance on a truly massive scale, Not even devil can contest him as a winner of the Political Lie of the Year Award.

That said, his routine use of lying and exploitation of public ignorance causes much more harm than good. It also contributes to the atmosphere of suspicion and partisan hatred that helps make public opinion even more ignorant and illogical than it otherwise would be.

In his 140-page book with 21 chapters that chronicled many lies told by politicians to win votes during campaigns, he put, “politicians must deceive, they are like applicants; they are applying for jobs and if they should deceive people to get the job, they will do it”.

Sadly, in the Oyedepo’s structure of the political beliefs, widespread deception may be unavoidable. They believe that, if they refuse to lie and exploit public ignorance, they are systematically disadvantaged relative to those with fewer scruples, and win fewer elections because of it. I guess, it is time our Politicians needed job and Chief Oyedepo is hunting for the biggest seat which becomes pertinent on him to deceive the masses to win, again.

An APC stalwart once said, “politicians have unwittingly come to place the desire to win elections over and above the goal of good governance which was the essence of democratic tenets all over the world. If we are sincere with ourselves as political elites, we will realise that it is an accumulation of the desperate lies of the political class that has brought Nigeria to its present quagmire on security and ethnic agitations”. Who will help Kwarans from this political actor so that he will not through the lies lead the people to the gallows all the time?!

Anyways, the public ignorance that makes lying an effective political strategy is extremely difficult to overcome. Some of the resulting lying may even be justified. Still, we might wonder whether so many of our important decisions should be made by a system where lying, misinformation, and defamation of characters are just politics as usual. Perhaps we should consider alternatives that do might curb the influence of ignorance and lies… Though, it is left for the electorates to know that we will no more tolerate the deceit. This deception that is giving us bad governance from one election to another is not the best.