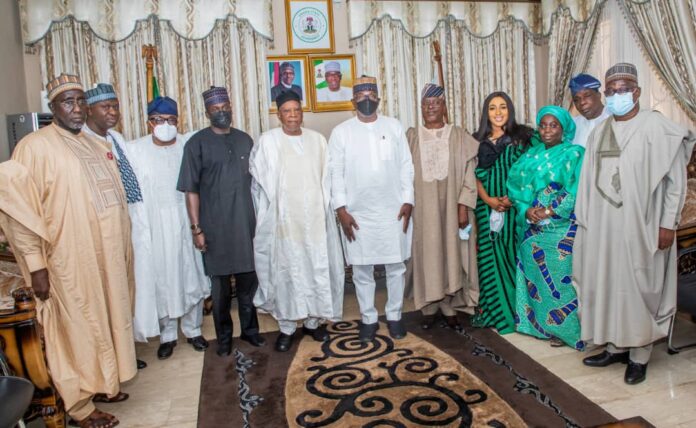 The Senator Abdullahi Adamu-led National Reconciliation Committee of the All Progressives Congress has arrived Kwara State on Monday, saying it has a mandate to listen to and reconcile all the sides in the “family feud” within the state chapter of the APC.

The committee has in the past few days been touring states of the country to meet and reconcile party stalwarts ahead of the general election.

Speaking during a courtesy visit to Governor AbdulRahman AbdulRazaq, Adamu said it would meet first with the aggrieved members of the party and then listen to the party executives, stakeholders and elders led by the Governor in order to strike a balance and reconcile them.

He added that the committee will not accept any action or utterances that would deepen divisions or rubbish the APC-led administration in Kwara State.

“We are in Ilorin today to listen to complaints and grumblings that were expressed through the petitions received by us, and we felt a sense of duty as a committee to listen to those who are complaining, the issues they have, and see how best we can find a way out. Some of these (complaints) may be imaginary. Some of them may just be perceptions. But we don’t want to preempt what they mean until we listen to them,” he said.

“The essence is to avail the petitioners what is called a fair hearing. By the time we hear them we will be able to place some judgements. The government is our government. And anything that will rock the stability of the ship of State we will take every precaution to ensure that we discourage that.

“We want to assure Your Excellency and the leadership of APC in the state that we will not accept anything that is planted to discredit the administration of the state. We will try our best to reconcile all the reconcilable.”

AbdulRazaq, for his part, said the party and the government are always open to reconciliation and would support the committee in its “patriotic mandate” to unify the party.

“We are indeed very grateful to have a very powerful delegation in Kwara State. And the unique thing about your team is how you dedicate your time to build the party and build the nation,” he said, commending the committee members and their commitment to peace.

“It is not an easy task for all of you because in every state you go to you would have friends and associates in any of the divides of the party, and some would have assumed that you are not looking after their interest but we know that you will bring your experiences to bear on this.

“On our part we will work with you in a way that will build a strong party going to the convention, party primaries, and the general elections in 2023. It is our effort to ensure that the President’s legacy is sustained by the party winning all the elections at all levels.”