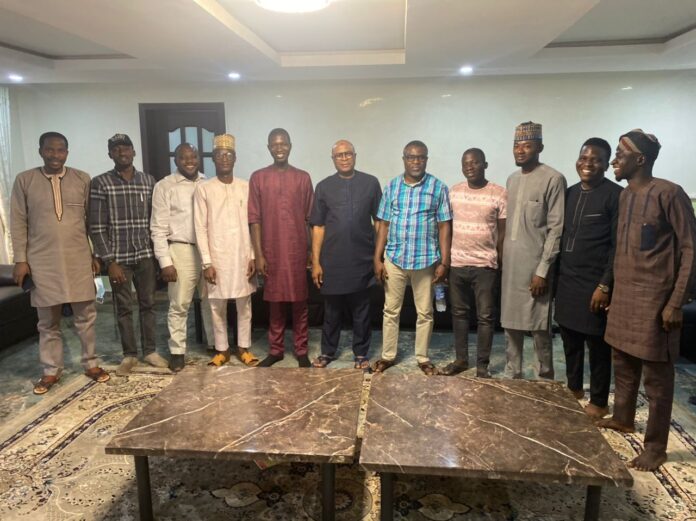 The Kwara for Kwara political movement has met with the Founder of Sobi FM and Captain of the Kwara Rebirth Movement, Alh. Lukman Olayiwola Mustapha, at his GRA residence in Ilorin.

The Chairman of the Kwara for Kwara Consultative Committee, Issa Mutolib Ayobami gave an insight on some of the motives of the movement, which is primarily to stop imposition of unpopular candidates and to also seek a way forward out of the present political imbroglio the Kwara APC is enmeshed in.

Alhaji Lukman Mustapha in his response appreciated the team for the visit, and urged the team to continue making sacrifices, parley with likeminds, and most importantly, not to make the same mistakes of the past.

Comrade Abdulrasheed Akogun on his part noted that the Kwara for Kwara team, having harvested diverse and informed opinions, will make its stance known soon.