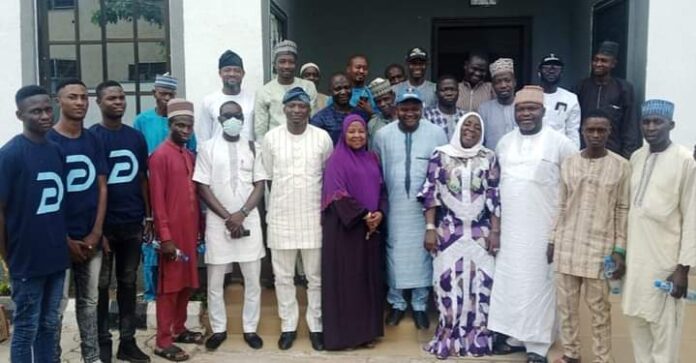 An anti-corruption civil society organization concerned with the development of grassroots areas of Kwara State, Elites Network for Sustainable Development (ENetSuD), has launched a mobile application to help people track government spending, activities, infrastructure, among others.

Speaking at the launch of the app in Ilorin on Friday, the convener and Coordinator of the group, Dr. Abdullateef Alagbonsi, said that the project aimed at complementing the government’s efforts at spreading development to the 16 local government areas of the state.

Dr. Alagbonsi, who said that corruption among some political office holders had denied people from enjoying improved socioeconomic development, added that Nigerians are no longer supposed to experience bad governance.

The Coordinator, who said that ENetSuD was out to fight systemic corruption and track government spending, especially through the way it carries out its annual budgetary allocation and spending, added that it aimed to promote good governance and erase marginalization.

He explained that the organization was not out to antagonize or criticize the government unnecessarily, saying that it encouraged partnership with the government to bring about quality development.

Speaking on the workings of the app, the chairman of the app launch, Mr. Saeed Tijjani, said that the app is already on the google play store and took users to activities of ENetSuD from inception, adding that it was for individuals and organizations.

“The app would help track government’s spending and facilitate infrastructure to user’s areas and aid development, justice and equity. It would also encourage interaction with political office holders from each district of the state. Efforts have also been made to regulate the use against abuse”, he said.

Tijjani also said that volunteers would be trained to disseminate the use of the app to dwellers in the grassroots areas. He added that there are two steps to download the app, either via a search for ENetSuD on the google play store or via the link https://play.google.com/store/apps/details?id=com.famous.enetsud

Tijjani added that though the app was the Organization’s initiative, but it wouldn’t have become a reality without the support and partnership of Digprom International. We appreciate them for their unrelenting support, He said.

“We’re government-friendly but we won’t hesitate to legally challenge anybody doing wrong even if the person is our friend or family” Raji added.

The group’s Director of Media, Mr. Yinka Owolewa, on his part, said, the Launching of the App is a step forward in making the organization’s activities meet the 21st-century media standard, and that it would keep doing more in digitalizing all activities.

Hon. Abiola Farounbi commended the group, adding that with the launching of the App, ENetSuD has truly distinguished itself. He also urges the citizens to register for their PVC, because it’s the only tool to vote for the right representatives.

The Deputy Coordinator (Projects Tracking) of ENetSuD, Comrade Lanre Osho while giving his closing remarks thanked the dignitaries, citizens for gracing the event.

“We appreciate your presence here today despite your tight schedules. This singular act shows how dear we’re to you. We’re not going to take your support for a joke and we won’t relent in achieving our vision and mandates” Osho added.