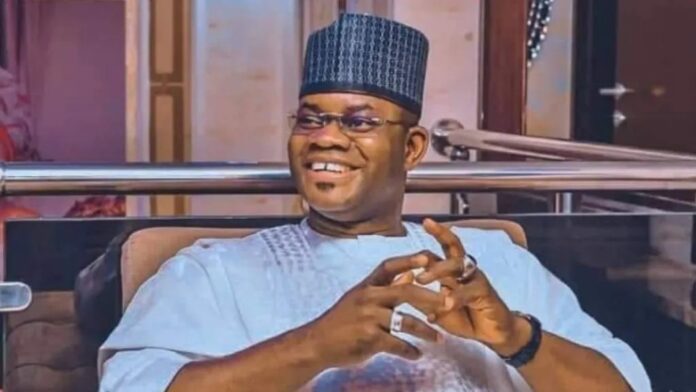 Kogi state governor Yahaya Bello has paid the N100 million required for the expression of interest and nomination forms of the All Progressives Congress (APC) to contest the 2023 presidential election.

The spokesperson of the Yahaya Bello Presidential Campaign Organisation, Mrs Yemi Kolapo, made this known on Tuesday in a press statement released to the public.

Mrs Kolapo said the governor made the payment on Tuesday morning in a bid to show his seriousness to Nigerians on his quest to emerge as the candidate of the ruling party.

She stated that Mr Bello will be at the National Secretariat of the party in Abuja to pick up his form on Wednesday.

The Director-General of the Campaign Organisation, Hafsat Abiola-Costello, confirmed this to news outlets on Tuesday.

Mr Bello had formally declared his intention to run for president on April 2 at Eagle Square in Abuja.

While declaring his interest in to contest, Mr Bello promised to create 20 million millionaires, if elected.

The governor will complete his second term in 2024.

Recalled that the National Working Committee (NWC) of the party had released a new date for the sales of forms, after failing to meet up with the initial date set by the National Executive Council (NEC).

The date was shifted from April 23 to April 26.

The NEC also set N100 million as the cost of its presidential nomination and expression of interest forms.

The price for the forms has been heavily criticised.