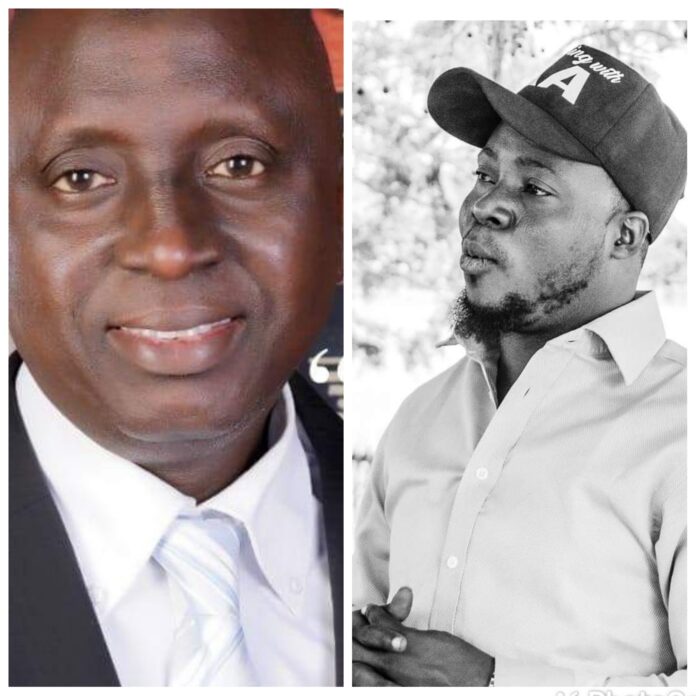 We have seen a reaction to our publication of yesterday titled, “Kwara Central 2023: After Saliu Mustapha’s N200m empowerment, Oloriegbe prepares for ‘mother of all empowerments’” from the Senator Ibrahim Yahaya Oloriegbe Constituency Office. It was written by Mr Bolaji Aladie, a known media minder of the lawmaker. While we do not begrudge Aladie for doing the difficult job of making his principal look good, especially as moves from politicians thicken by the day to replace him in the upcoming primary and general elections, it is totally irresponsible for a man of his standing to suppress the facts and speak with both sides of the mouth. Why Aladie would turn PR to ‘bolekaja’, employing all manner of gutter, unguarded and hateful adjectives on our medium surprises us for a man we, until now, have profound respect for.

First of all, let us correct the inanity of the author of that flaccid rejoinder from the stable of the emotional Oloriegbe’s Constituency Office that our name is The Ravens NG and not “The Ravens” as against the copy and paste demonstration of laziness by the Constituency’s publicist who couldn’t take his time to at least double-check the brand website and social media pages to see the correct spelling of our name. It says a lot about his ability to pay attention to details and affirms his strength in changing positions in a millisecond.

And then, it is illiteracy for the Oloriegbe publicist to have taken on our medium for harmlessly reporting the view of a concerned constituent in linking Oloriegbe’s planned empowerment to that of Saliu Mustapha Foundation. We also struggle to see reason for him to accuse us of unfairness because there is no record he sent us his side of the story and it was turned down. For the avoidance of doubt, despite being riddled with insults and uncouth languages, this medium published Aladie’s counterclaim.

Having said this, let us start by reminding Mr Bolaji Aladie of not too far yesterday when this brand published a piece of news with the title “Saraki justifies looting in Kwara, says thieves motivated by anger” on the 25th of October, 2020. Even before we explained that what we did was just a harmless “Interpretative Journalism” these bunch of emotional people were all out celebrating what they assumed the tomfoolery of their predecessor.

And what did they display yesterday when they felt the brand was against them? Toxic dominance! It is an established fact that power hates truth. However, power engages in image-making, image burnishing, credit hustling and indeed, image fabrication. With brands like The Ravens NG, power feels exposed; its preening tail feathers are no match for the sheerest breeze of exposure.

To be honest, we were not expecting any rejoinder from the Oloriegbe Constituency Office, for we are convinced Mr Zakari Funsho’s words and actions in that circulated video are indefensible. However, if at all it would come, we didn’t expect it to be this jaundiced, and worst still, we never imagined it was going to be authored by someone emotion-laden that would settle for name-calling, a sort of bolekaja-PR too bad for the image of our distinguished Senator Ibrahim Yahayah Oloriegbe.

Oloriegbe Constituency Office’s lack of intellectual appropriateness couldn’t have been more disappointing, but it is not for the brand to judge; we leave it for the general public to evaluate the kind of people around Senator Oloriegbe and arrive at a certain conclusion.

Therefore, addressing their nail-biting frustration, we are going to blast off their balloon of lies with just a fingernail. We are also going to talk about their infantile defence and catastrophic indictment of themselves while querying their continued association with those they accused of lying and addressed as “just an attention seeker.”

Secondly, since the writer of that horrible rejoinder accused us of being impetuous, we are going to ask him why he referred to Mr Zakari Funsho Yusuf as “a liar and attention seeker” while speaking with one of our team members from the business department immediately the news was published in his effort to get us to take down the news.

In reverence to the tenets of Journalism, we did the honour of fact-checking the purported video and got to know that Mr Zakari promised the good people of Afon a massive empowerment from Senator Oloriegbe on Sunday, 10th April 2022, after he was abreast of Saliu Mustapha Foundation coming empowerment while he has been privileged to some certain information as a kitchen member of Oloriegbe adherents.

Maybe Mr Funsho betrayed the outcome of Senator Oloriegbe’s caucus meeting, but it was evident in that video that the accused liar and attention seeker knew something, and he was not drunk, only if Mr Aladie, this time around, would add to his appellations.

Now let us take Mr Aladie back to the journalism class. As an ace radio broadcaster and publisher of a defunct online news platform, it is expected of him to know that, according to OWLGEN, “Interpretative Reporting interprets facts, and it is a report where a reporter tries to balance the writing with reasons and meanings of development. The reporter provides the information along with an interpretation of its significance. He uses his knowledge and experience to offer the reader an idea of the background of an event and explain the results it could lead to.”

Bolaji Aladie and his cohorts should know that we won’t be cowed by their blackmail and insults. The Ravens NG remains a voice for everyone.