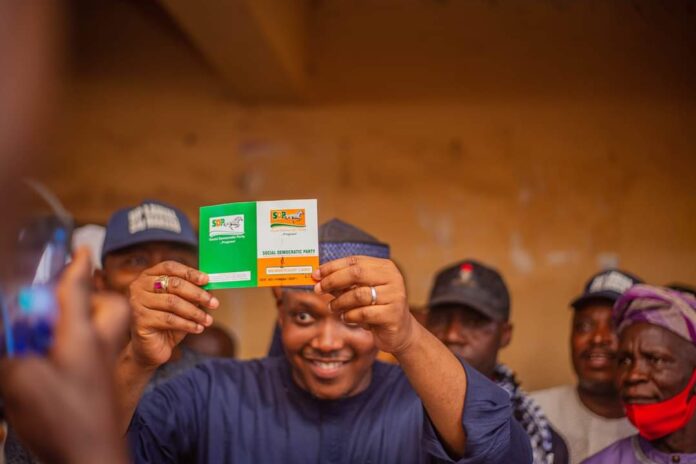 Hakeem, who is a scion of the late former governor of Kwara State, Muhammad Alabi Lawal, announced his defection to the Social Democratic Party (SDP) yesterday.

A former gubernatorial aspirant, he was among the bigwigs that fought the Saraki hegemony in the 2019 general elections.

“Yesterday, I visited my ancestral home in Idi Ape, to pay homage to my people. The welcome from the elders, women, and the young folks was one of genuine love. I pray I’m able to repay their sincere love,” a post on Mr Lawal’s official Facebook page read.

“I also listened to the yearnings of my people, and registered as a member of the Social Democratic Party (SDP) in Kwara state. I was accompanied by the Chairman of SDP in Ilorin East, alongside some members of the local government executives, and all the 12 SDP ward Chairmen in Ilorin East.”