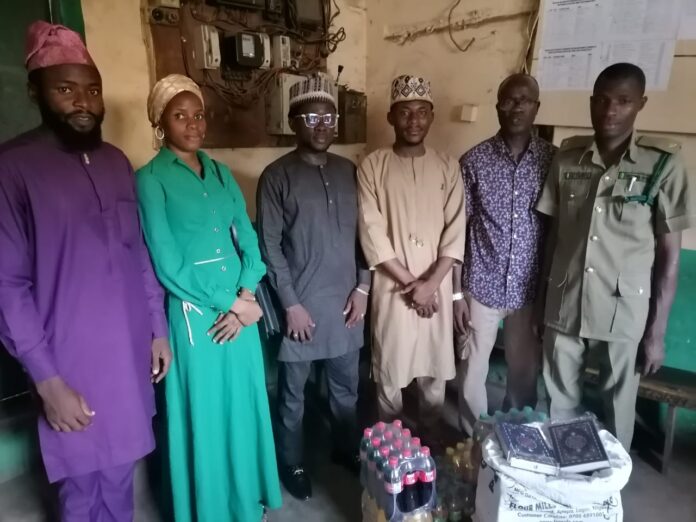 The Quran Project Africa has launched its maiden “Quran Push Africa”, a campaign that seeks to entrench the promotion of the Qur’an.

The organization is a Pan-African Islamic charitable organization that receives donations to strengthen and enable access to the Quran and its teachings; learning, memorisation, and values commence its activities by donating copies of the holy Quran to the Muslim community of the Oke-Kura Federal Medium correction facility.

The activities for the day included tafsir, recitation of the Quran, observing Asr solaat with the inmate and making provisions for their Iftar.

“The Qur’an is excessively accessible on our shelves, it is there in the mosques, offices, Madrasah, and Islamic schools, yet we continuously experience a dearth in its pedagogies,” according to Abdurahman Owoade, the Lead Volunteer for the team.

“Our objective is to advance Quranic literacy, values spreading across the African continent and ensuring willing individuals can access the holy book, its teachings, and values,” he added.

He further said, “We will be distributing over 1000 copies of the Quran in English, Yoruba, Igbo, and French languages across select African countries, starting with Nigeria.”

In his statement, Abdullahi Ahmed Atewe, the media and communication strategist, adds that “We are starting the project with our brothers and sisters here because most of them are usually left with nothing after serving their terms. So, we believe the Quran should be handed over to them, to serve as their companion and rekindle their probably lost hope.”