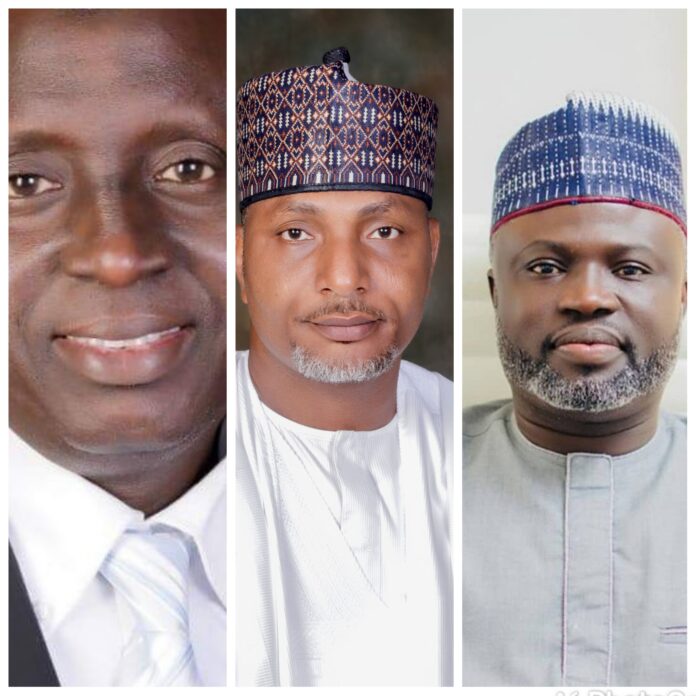 As politicians nationwide begin to clean their ‘boots’ in readiness for the 2023 political race, the contest for the Kwara Central senatorial seat would perhaps turn out to be one of the critical highlights of the election.

The All Progressives Congress (APC) which currently holds the levers of power in Kwara State especially has a point to prove, considering the still raging speculation that the 2019 victory of the incumbent Senator representing Kwara Central in the Senate, Dr. Ibrahim Oloriegbe was due largely to the famed federal might. Political watchers nationwide would no doubt be looking to see if the APC would again reassert itself in the election, or if it will lend credence to the argument by the supporters of former Senate President Bukola Saraki that the election was rigged by the powers that be at the centre in a bid to ensure Saraki did not return to the Senate.

In any case, the sitting governor would most likely take as a personal challenge the battle for the Kwara Central seat, considering that he’s from there. It would be unheard of, and clearly embarrassing, for a sitting governor to lose his senatorial district. Governor Abdulrahman Abdulrazaq knows what is at stake and he’s obviously not prepared to take any chances with the choice of aspirant for the biggest senatorial zone in Kwara.

Our take on this present endeavor is to do a SWOT analytical assessment of the strengths of the aforementioned three candidates – Yahaya Oloriegbe, Yahaya Seriki and Saliu Mustapha.

Dr. Yahaya Oloriegbe, who is the current Senator representing Kwara Central in the Senate, is no doubt one of the greatest beneficiaries of the Otoge battlecry that defined the 2019 election in Kwara. No matter what anyone may say, it was apparent to every unbiased Kwaran that Senator Oloriegbe, like many others who contested election on the platform of APC in 2019, did not stand a chance against Saraki who was then the sitting Senate President. Riding on that massive revolutionary singsong which resonated well with the masses, Oloriegbe and majority of APC candidates in the election coasted home to victory. The situation would be different in 2023.

Today in Kwara, the Otoge is more or less a dead political mantra, and many of its promoters and drivers have been driven apart, with majority now sojourning in the Social Democratic Party (SDP). There would therefore be little to no sentiment in favour of any political party in Kwara State in 2023; even though individual politicians would attract votes and support based on their individual standing and acceptability.

As a lawmaker, Oloriegbe has no doubt drawn on his experience as a former majority leader in the Kwara State House of Assembly between 1999 to 2003 to deliver appreciable performance in the Senate, especially in the areas of lawmaking and drawing federal presence to Kwara State. In terms of performance, Senator Oloriegbe hasn’t done badly. But that is as far as the positives go for him.

Performance in a position is one thing, doing the things that attract and compel voters to keep voting for you is quite another. While informed individuals may feel Oloriegbe has done well, it is not the same for the majority of the constituents who constitute the majority of voters. There is an established belief that Senator Oloriegbe didn’t do so well in terms of empowerment, which is the only yardstick by which the greater number of ordinary voters determine whether to vote a candidate again or not.

Similarly, Senator Ibrahim Oloriegbe, for some reasons, also appears very disconnected from the populace. Although in January 2020, the Senator held town hall meeting to brief his constituents on what he termed “the journey so far,” his relationship with the ordinary people is at best average. And with the opposition Peoples Democratic Party already set to field a former Minister of Sports who is popular amongst the youths, it may be suicidal for APC to present Oloriegbe who lacks the same appeal among that demography which significantly determine the pendulum of victory; being the largest voting bloc.

Another factor which greatly diminishes the chances of Senator Ibrahim Oloriegbe is the protracted quest by the other local government areas within the Kwara Central senatorial district, particular Ilorin South and East, to also vie for the position. Being from Ilorin West, the present agitation by the other local government areas does not support the aspiration of Senator Oloriegbe. And with the Social Democratic Party (SDP), which more or less stands as the third force in Kwara political arrangements at the moment, purportedly planning to field the son of a former governor who hails from Ilorin East as its candidate for the Kwara Central Senate seat; coupled with the likelihood of Professor Oba Abdulraheem, who is also from Kwara Central, emerging as the governorship candidate of SDP, there may be huge protest votes from both the APC and PDP that would ultimately tilt the scale of victory in favour of the Social Democratic Party.

On his part, Ambassador Yahaya Seriki Gambari is a young man who enjoys wide acceptability among the youths across party divides. He is also from Ilorin East, which would be a perfect way to neutralize the threat posed by the current agitation for the APC Kwara Central Senatorial ticket to be zoned out of Ilorin West. He also has the required resources to fund his campaigns.

However, the lifestyle of Yahaya Seriki would be a huge albatross and may hinder him from securing the support of political stakeholders, which is necessary for vote mobilization. There are already unconfirmed reports that the young business man is in the habit of going around town with thugs. The popular opinion among majority of key political figure in APC, and also the religious and traditional leadership of Ilorin Emirates is that Yahaya Seriki does not yet possess the temperament and maturity to be in the Senate.

The third potential APC candidate is Mallam Saliu Mustapha, the Turaki of Ilorin. He seems to combine the advantages of the other two candidates.

A rich business man, Saliu Mustapha is popular among the youth demography. His long years of philanthropy to several communities, households and individuals within Ilorin Emirate, spanning over ten years, would attract for him great goodwill in the election. The multiplier effect from family and relatives of beneficiaries of his numerous empowerment programs, which are in thousands, can only be imagined when considered in terms of votes that would accrue to him from those who sees him as their benefactor.

Mustapha is also from Ilorin East, which makes him, like Seriki, a beneficiary of the zoning campaign within the party. And being a former national chairmanship aspirant, he equally has the necessary national political network that gives him mileage.

Moreover, Mustapha is a traditional title holder in Ilorin. He is the Turaki of Ilorin, a foremost title reserved only for the most illustrious and the most generous in the community. This will naturally curdle some good advantage to him within the traditional and religious circles. It would also naturally have a multiplier effect on both his party, the APC and even the Governor when the chips are down.

However, Saliu Mustapha appears to lack the required political foot soldiers and solid political structure to coordinate his support base across the senatorial district. Whether the Governor will relinquish his own for Mustapha or not remains to be seen.

Be that as it may, the APC in Kwara would need to consider all the factors, carefully and rigorously consider all options before arriving at a choice of candidate for the Kwara Central senatorial contest. The stakes are high, and unlike the last election; 2023 would be a transition year in which no sitting President would be contesting, the political battleground everywhere would therefore be significantly levelled. Only the best of candidates who enjoy the goodwill and support of the masses would give a political party a fighting chance at the poll.